West Ham fans would rejoice if Rodrigo move comes off 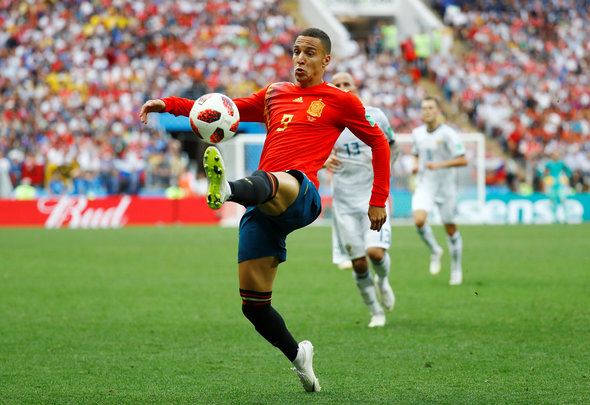 You wonder that after months of pursuing Celta Vigo striker Maxi Gomez, that West Ham United may eventually sour on the Uruguay international.

If they do so, then they’ll need to take a look at alternative options, because they are in desperate need of a top class striker. Andy Carroll and Lucas Perez have already left the club this summer, while veteran frontman Javier Hernandez’s future is hugely uncertain.

One man who could come in and provide competition for main man Marko Arnautovic is Rodrigo Moreno. The Sun reported on Sunday that the Hammers are vying with Everton, who are also interested in the Valencia attacker, for his services.

The player himself is thought to be keen on a return to England, where he previously enjoyed a loan spell with Bolton Wanderers. The Spanish side are said to rate the 28-year-old at £70million, but are likely to come down to closer to £30million by the time they actually agree to sell.

This is one of those phenomenal deals where if West Ham can pull this off their supporters would surely explode with glee. Rodrigo is a top class frontman; Spain’s first choice forward at present.

When you look at the statistics, it becomes clear that Rodrigo is a far superior option to either Arnautovic or, particularly, Hernandez, the Hammers’ top two attackers last season.

As per WhoScored, he registered more assists than the two West Ham stars combined. Although, it must be said, he scored just eight La Liga goals last term.

He is a versatile frontman, capable of moving out to the wings and creating as much as he scores. Therefore, it’s conceivable that he and Arnautovic could operate up front together next time out.

All in all, the highly-rated Spaniard would be an outstanding addition to Manuel Pellegrini’s side. He is capable of taking this team to new heights, with or without Arnautovic alongside him. 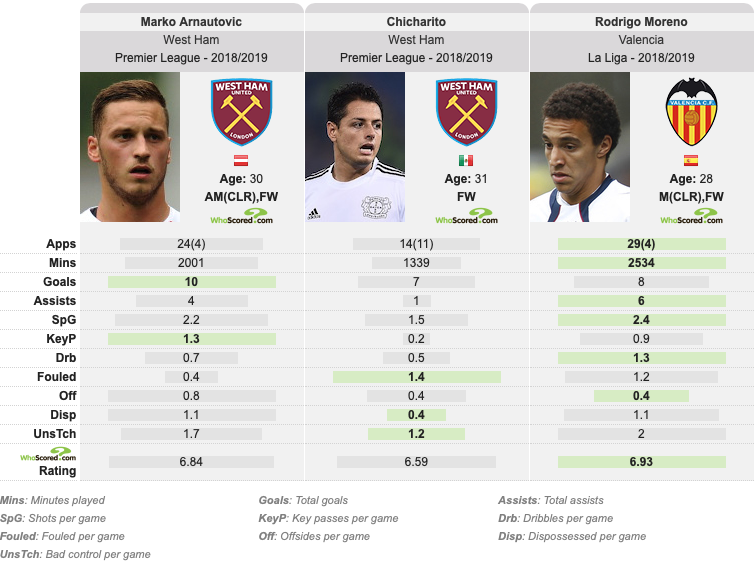