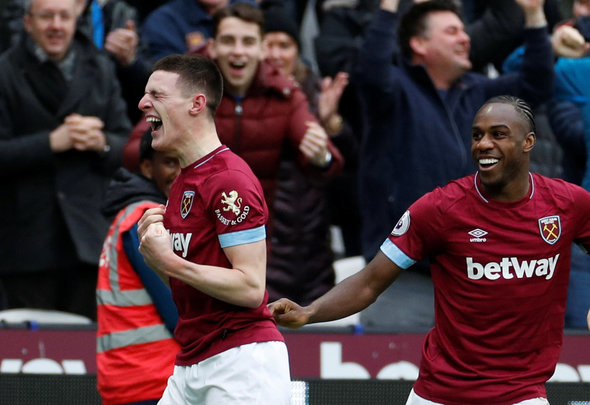 It’s long been expected that a big Premier League team would make a move for West Ham United midfielder Declan Rice this summer.

However, Claret & Hugh reported on Monday that that is no longer likely to be the case. The reliable Hammers news source claims that the top teams have cooled their interest due to how much it would take to bring him in.

The total fee that it would take to sign the 20-year-old is thought to eventually be over £100million. That’s a staggering amount and, at the moment, it’s not thought that any of the big sides are willing to pay that much for him.

That is music to the Magpies fans’ ears, and they will surely be jumping for joy at this update. If no clubs are sniffing around then there’s no reason for Rice to leave and so he should remain in situ for another season at the very least.

Obviously it’s imperative that if the Hammers are to make any real progress in the years to come that they keep hold of their best players, and Rice very much falls under that distinction.

There’s been talk in the past of both Manchester teams being in for the England international, with City seeing him as a potential successor to Brazilian behemoth Fernandinho.

However, it no longer appears as if either of them view Rice as being a realistic signing. That’s phenomenal news for West Ham, obviously, and will allow manager Manuel Pellegrini to mould his squad this summer safe in the knowledge that his best player is staying exactly where he is.