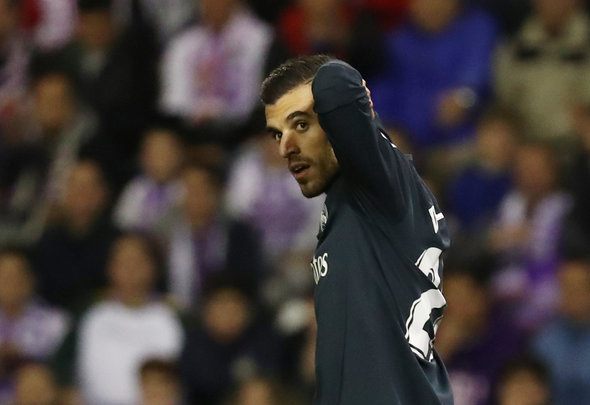 This summer has started at breakneck speed for West Ham. With three signings already confirmed, including exciting midfielder Pablo Fornals, it looks like a busy window could be shaping up in east London, and if there’s one thing that will always get fans’ pulses racing, it’s a hectic transfer period. One acquisition that a lot of fans seem to be clamouring for, however, is one that was mooted a little while ago. Back at the beginning of May, the Hammers were linked with a move for Real Madrid midfielder Dani Ceballos, as reported by the Express. That rumour was seemingly put on the back burner in recent weeks, but after a stellar outing for Spain at the U21 European Championships, including a goal of the highest order, many Irons fans have very much and their attention piqued. And it’s easy to see why. For much of his display against Italy, Ceballos looked to be head and shoulders above everybody else on the pitch. Partially that is because he has much more big game experience than some of his peers, and partially it was because he is, quite simply, a brilliant player. Whether the Hammers need him is a matter of debate, but certainly, he would be some signing were they to make a move.

Ceballos that is CLASS

Dani Ceballos has just scored a worldwide. West Ham, snap him up.

Playing fantastic must go for it 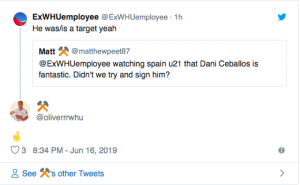