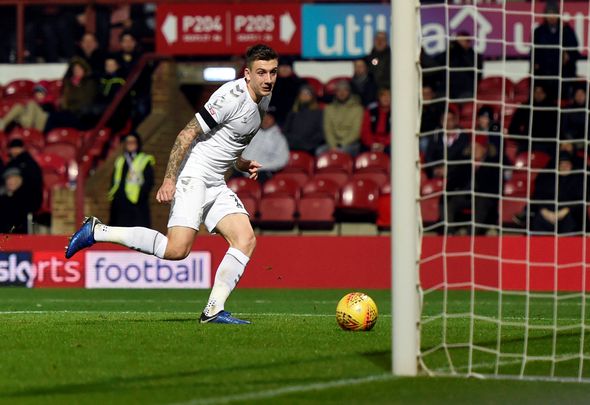 It’s been clear for some time now that West Ham United striker Jordan Hugill doesn’t have a future at the club. Certainly, this summer is the time for him to move on.

Indeed, it appear that the player’s agent has had the same thought. The Lancashire Post reported recently that the Englishman’s former club Preston North End are unlikely to be making a move to re-sign him this summer, but that his agent is attempting to find him a new club.

The Hammers faithful will no doubt be praying that Hugill’s representative finds success in his bid to secure his client fresh employment during this transfer window.

That’s because the 27-year-old has never made a genuine impact at the London Stadium since arriving in January 2018 and disappointed during a loan spell with Championship side Middlesbrough this season, as well.

A quick look at Hugill’s statistics this term in comparison to his fellow West Ham attackers Marko Arnautovic and Javier Hernandez makes for startling reading.

As per WhoScored, he trailed both men in goals scored and average dribbles per game and leads in unsuccessful touches per game. Furthermore, he was second to Arnautovic in shots per game and key passes per game, and Hernandez in fouls drawn per game. In fact, he doesn’t lead outright in any category other than games played, which makes his lack of production all the more concerning.

It’s worth remembering that the two West Ham players were obviously operating at a higher level this campaign, whereas Hugill was going up against second tier defenders.

Clearly he is a way behind his Hammers counterparts, and that’s led to the conclusion being drawn that his time in east London is most definitely up. Now let’s hope he can find a new club this summer. 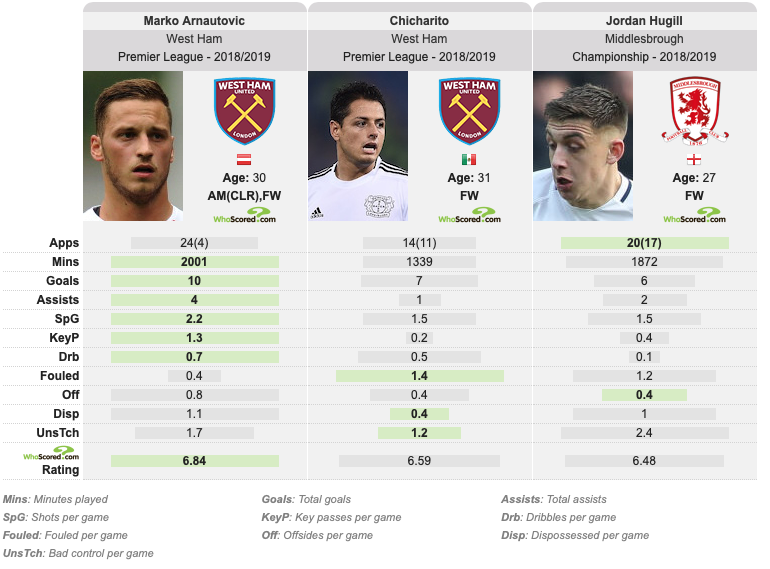