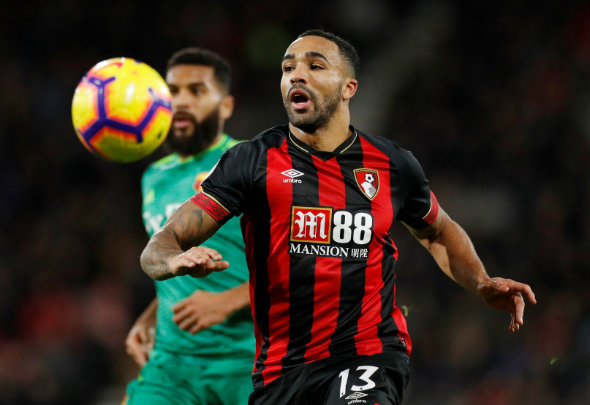 There is no hiding from the fact that Manuel Pellegrini would like to add a striker to his West Ham squad this summer. The Chilean was reported to have been preparing a second offer for Celta Vigo forward Maxi Gomez after an initial approach was rejected. On Friday the Hammers were reported by the Sun to have missed out on Gomez and instead will launch a £35million bid for Bournemouth attacker Callum Wilson. The 27-year-old enjoyed a great last Premier League season, being involved in 24 goals, hitting double figures for both goals and assists. The England international would offer great pace when leading the line, with his ability to get in behind the defence leading to him averaging 2.2 shots per game. [WhoScored] Wilson was involved in nine more goals than Arnautovic this season, and also won more aerial duels on average compared to the Austrian. The former Coventry striker would offer much more of a presence up front than Arnautovic, but many West Ham fans are concerned with one major issue in Wilson’s game. Replying to the links on Twitter, some Hammers’ fans didn’t want to see an injury prone player sign for their club. One fan cast doubt on the link saying: “It sounds like another Andy Carroll scenario to me do we need that again??” 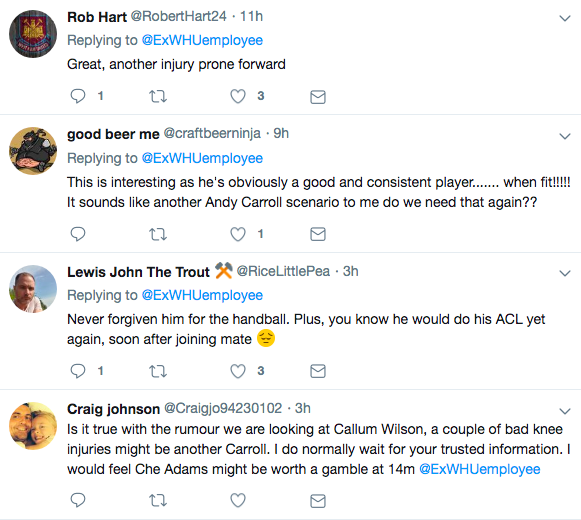 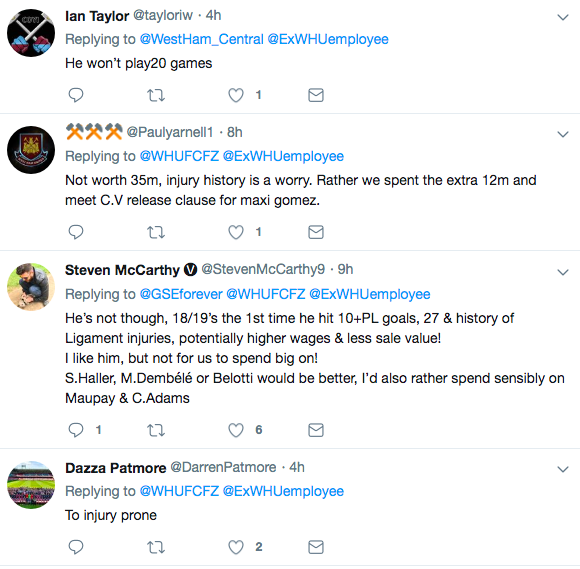