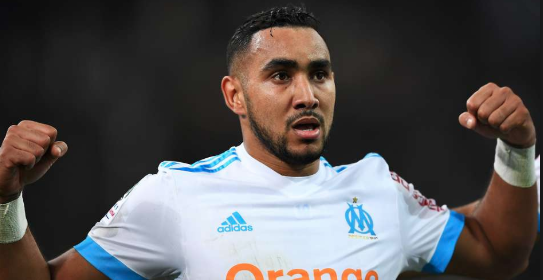 Dimitri Payet quickly cemented his place in recent West Ham history during his spell at the club. The Frenchman became known for his flair and trickery, and his free-kicks alone won the Hammers valuable points in his stint at the club. Reports in recent weeks had suggested that the club Payet moved to in 2017, Marseille, were currently in financial trouble and could be forced to sell some of their biggest earners. The 32-year-old had reportedly been offered to clubs in England, with West Ham being one of those. The French international made 60 appearances for West Ham and was involved in an impressive 38 goals – proving his worth and more during his time at the club. Despite his move away from London being controversial in the sense that he somewhat forced the club’s hand, Payet would still offer great technical ability to Manuel Pellegrini’s team. Many West Ham fans agreed when responding to reliable club source ExWHUemployee on Twitter when they suggested the Hammers were not currently interested in Payet. One fan said: “I hope your wrong for once ex I’d love him back.”

He has been offered to many clubs but I don’t think we are interested https://t.co/OQRFGIlnz0

Forever West Ham picked out some of the best responses from the Hammers faithful below: 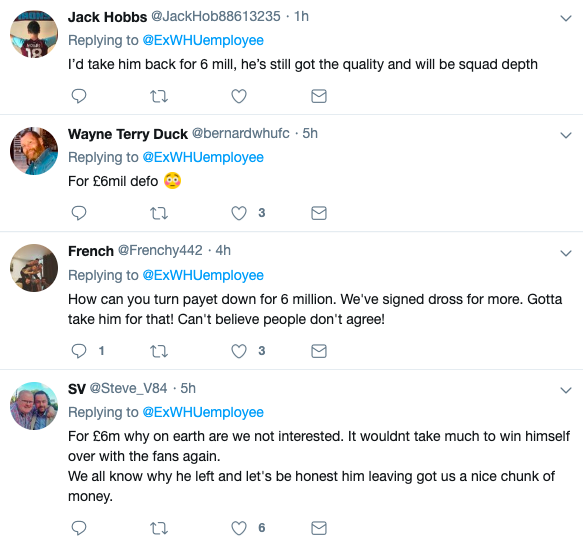 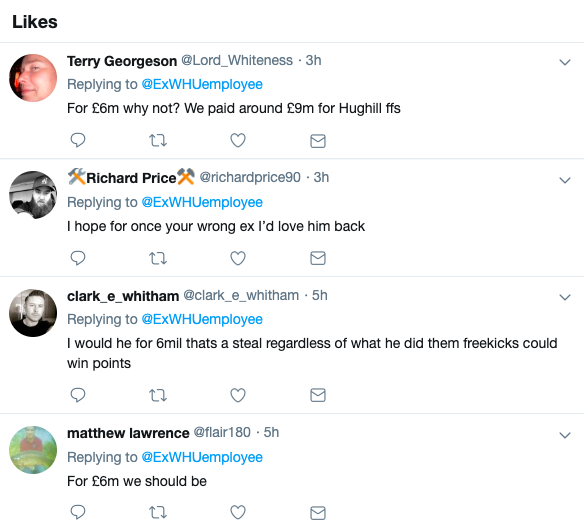