West Ham United have been by far the busiest Premier League side in the transfer market so far. Not only have they been smart in their additions – the arrival of Pablo Fornals a real signal of intent, they have also released many of their highest earning fringe players. One of their most important pieces of business so far will no doubt be their decision to keep hold of French defender Issa Diop, who has been a mountain since arriving at the club last year. The Hammers have rejected bids from Manchester United for the 22-year-old, and reportedly value him at a respectable £75million. Manuel Pellegrini is right to be stubborn in negotiations with the main goal surely being to keep a hold of the Colossus. It was reported on the West Ham Way (27/06, 59:26) by reliable source EXWHUemployee, that the Red Devils were reportedly readying a £65million bid – something that could surely tempt the Hammers after their valuation. Many West Ham fans reacted to the news on Twitter, one said: “Why West Ham fans want to sell Diop is crazy!! Unless we get offered £100m then no I wouldn’t sell him!!” 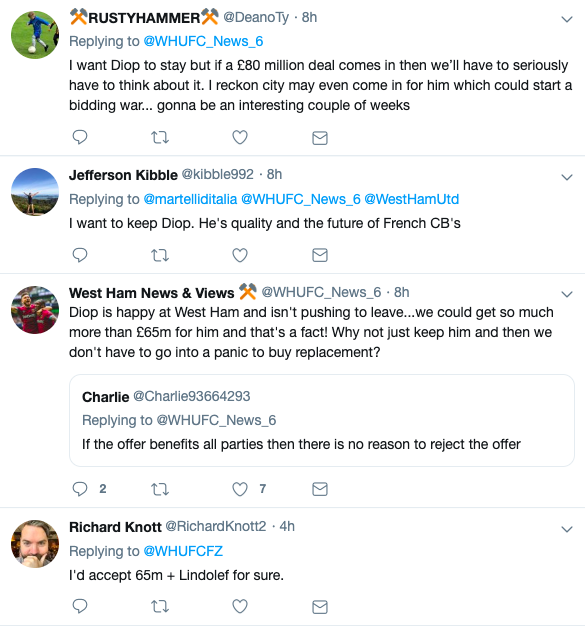 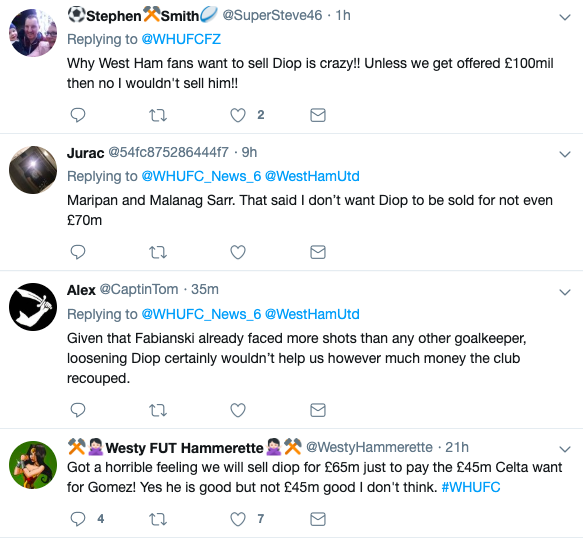