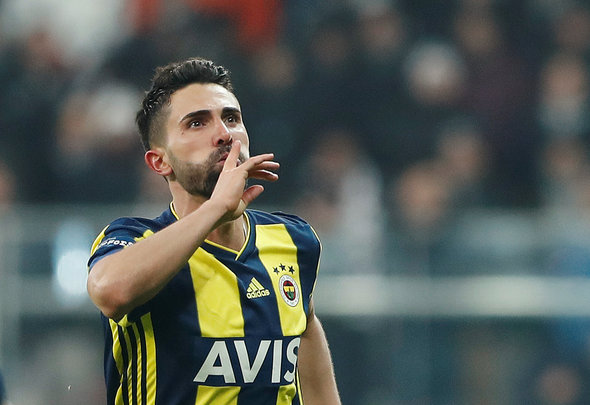 There were plenty of West Ham United supporters getting a little bit excited on Monday when BBC Sport reported that the club were interested in signing Fenerbahce captain Hasan Ali Kaldirim.

You can see why, too. The Turkey international would likely cost just £4.42million, while he plays in a position of serious need for the Hammers.

However, if the West Ham faithful were getting ahead of themselves on Monday, they’ve been firmly put in their place a day later. That’s because Turkish Football reported that there has been no offer, nor any contact with Fenerbahce, from the east London side for Kaldirim.

Obviously the natural reaction to that would be to state, quite rightly, that the BBC are a far more reliable source than Turkish Football. However, what the latter says does corroborate a Football London report on Tuesday which claims that Hammers boss Manuel Pellegrini will proceed with his current left backs Arthur Masuaku and Aaron Cresswell next season.

You may question the wisdom of that decision, and again rightly so, but things do seem to be leaning towards the fact that Pellegrini is riding and dying with Messrs Masuaku and Cresswell for another campaign.

That would appear to be the wrong decision, given how inconsistent both men were last time out. Kaldirim, on the other hand, is a proven operator at the highest level and is thought to be keen on a move to England. He wouldn’t cost much either. All of which makes Pellegrini’s decision here rather questionable.

So if you’re a Hammers supporter you probably are a bit disappointed with this latest Kaldirim report. He’d be an excellent signing, but it doesn’t appear as if he’ll be wearing a claret and blue shirt any time soon.