The Evening Standard released a report on Tuesday stating that Newcastle United midfielders Jonjo Shelvey and Isaac Hayden are on West Ham United’s radar as potential alternatives to Barcelona midfielder Andre Gomes, and that both would cost around £15million each. That news hasn’t gone down well with the Hammers faithful, to say the least. They don’t seem to feel like either man is good enough to take the team to the next level and that they’re certainly not genuine alternatives to Gomes. To be fair, neither player has the quality of the Portugal international. He’s simply a class above them both, despite them both being fine Premier League midfielders. For the West Ham fans, though, they want to see their team bring in top shelf talent to help them take the next step to being contenders for European football. They clearly don’t feel that either Shelvey or Hayden are good enough to do that. It’s a difficult one, this, because £15million is simply par for the course for a decent player these days. Still, the Hammers supporters have made their thought abundantly clear. 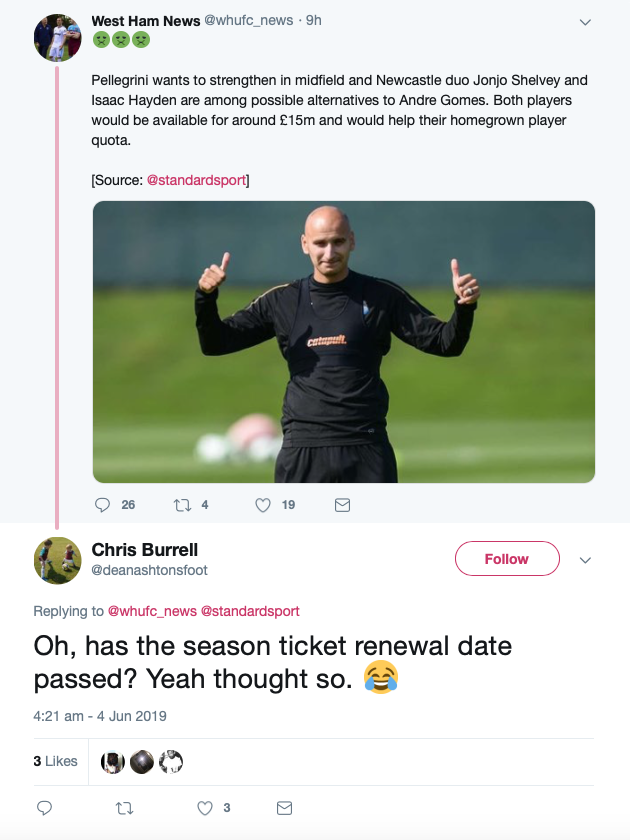 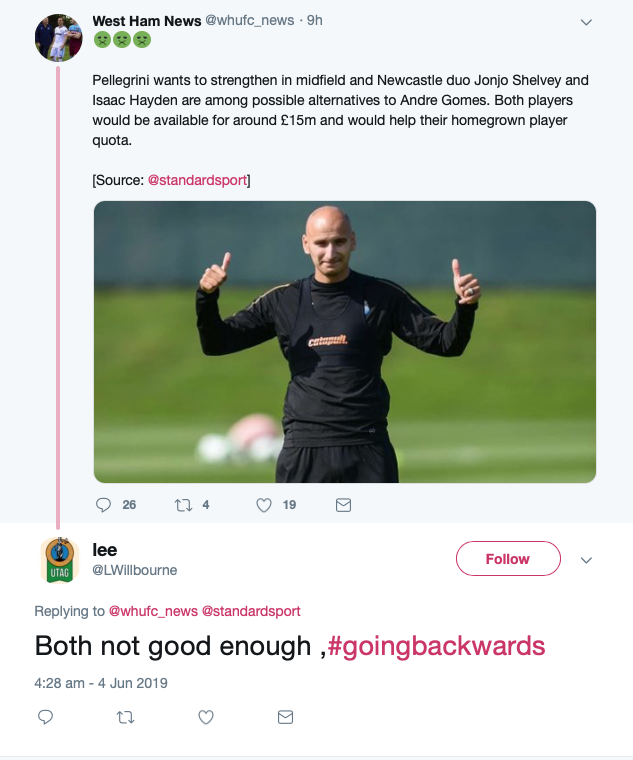 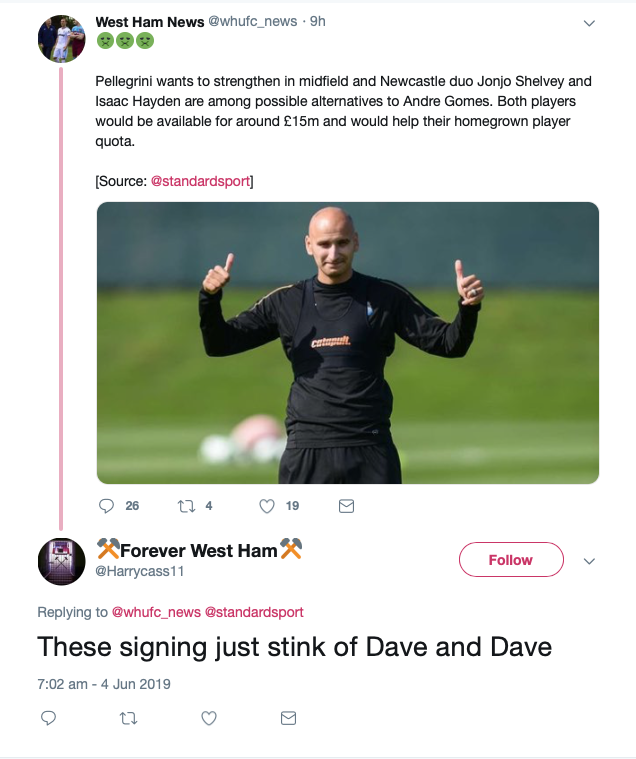 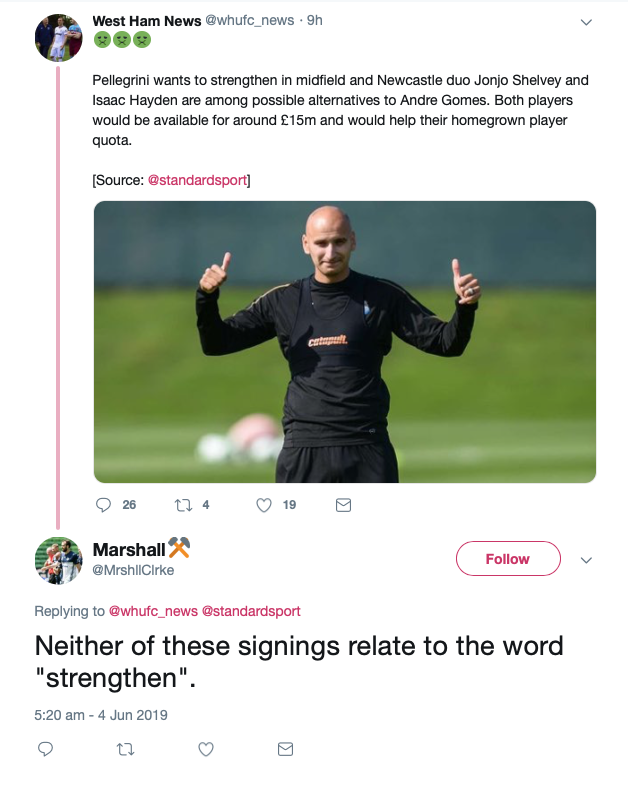 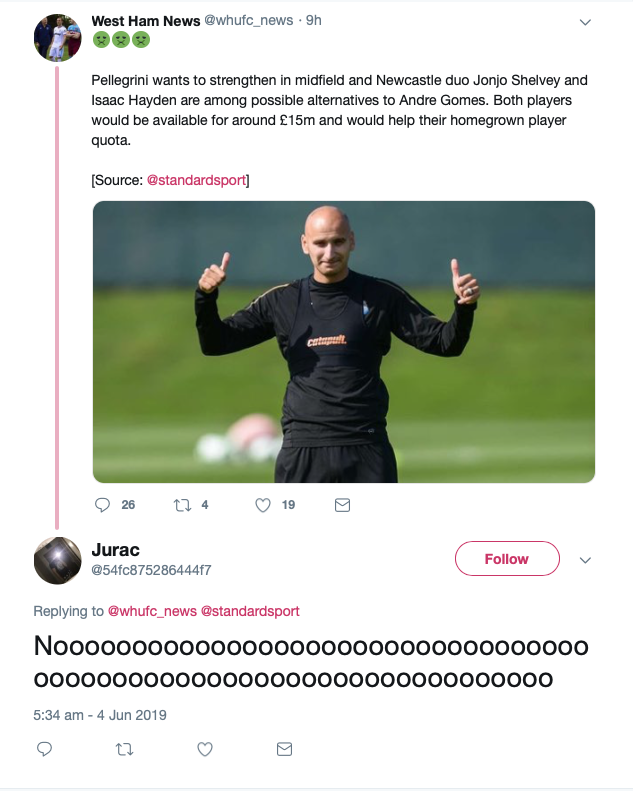 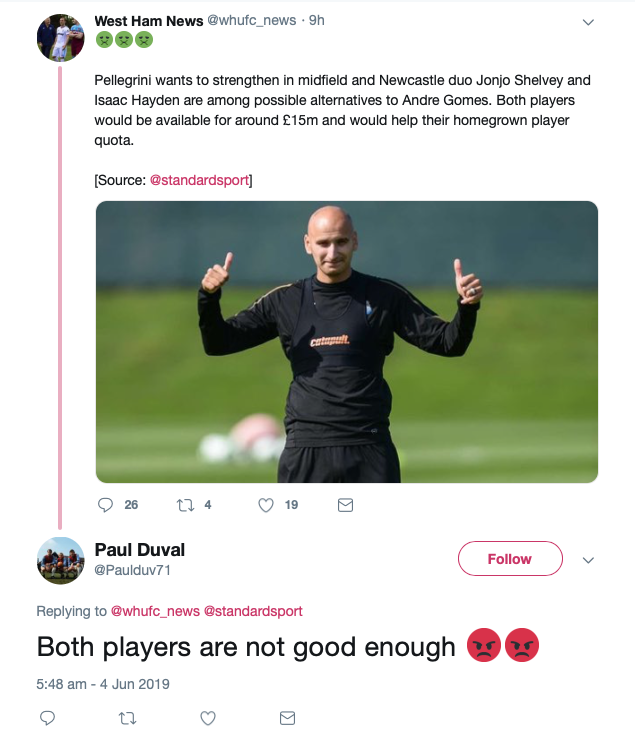 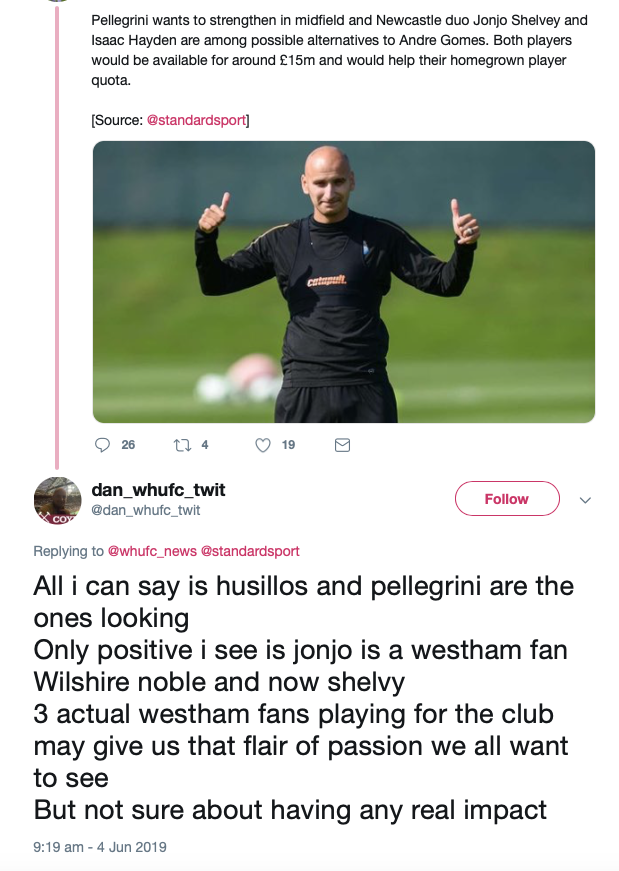