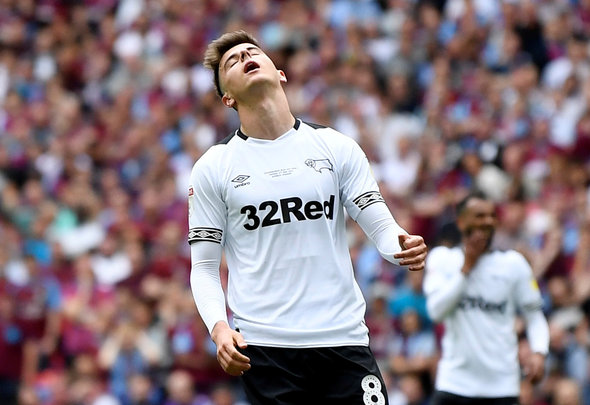 West Ham United midfielder Declan Rice got the club’s supporters all in a tizzy on Monday when he posted a photo on his personal Twitter account of him and Chelsea starlet Mason Mount with the caption ‘soon back on the pitch together bro’. As you can imagine, that got the Hammers faithful a little hot under the collar. Mount is a wonderfully gifted youngster who has just enjoyed a very impressive season on loan at Derby County in the Championship. There are clearly many West Ham fans who, despite Mount being a Chelsea boy, wouldn’t mind seeing him strut his stuff at the London Stadium. However, Rice was clearly having a little joke here. There’s next to no chance, especially with the Blues currently being in line for a transfer ban, that the 20-year-old ends up playing for the Hammers. Rice likely means that they will be playing alongside each other for England in the near future, although he knows exactly what he’s doing with this tweet. 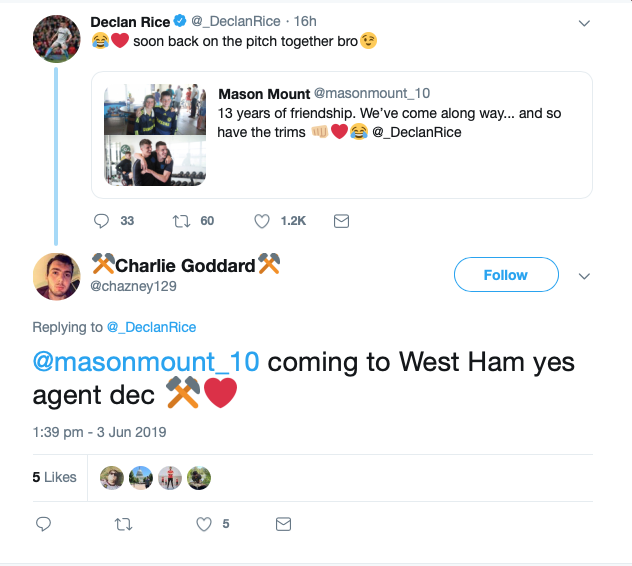 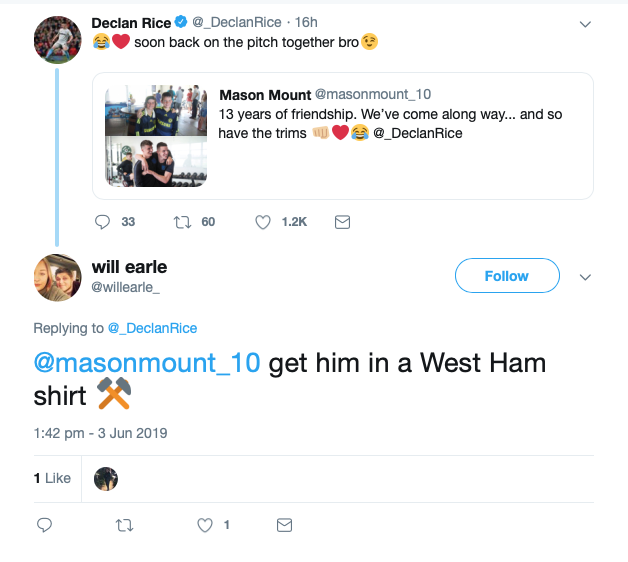 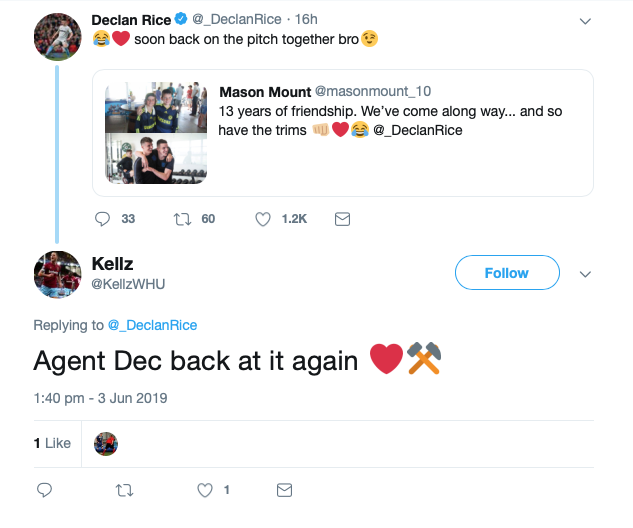 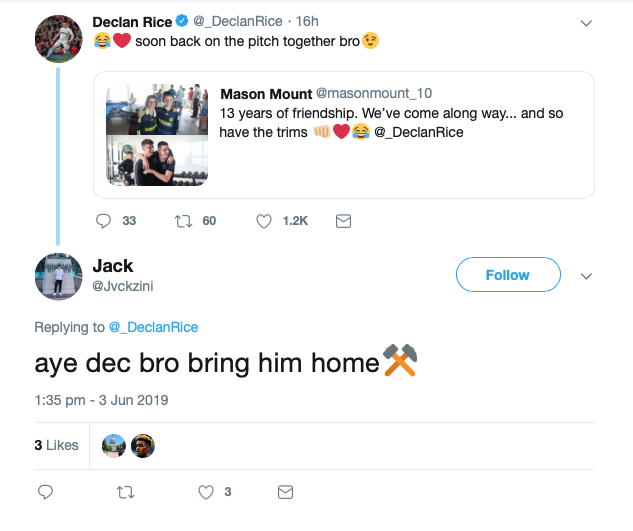 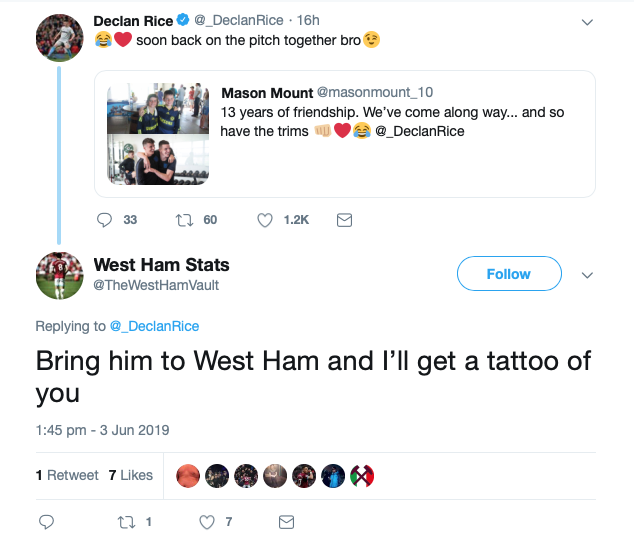 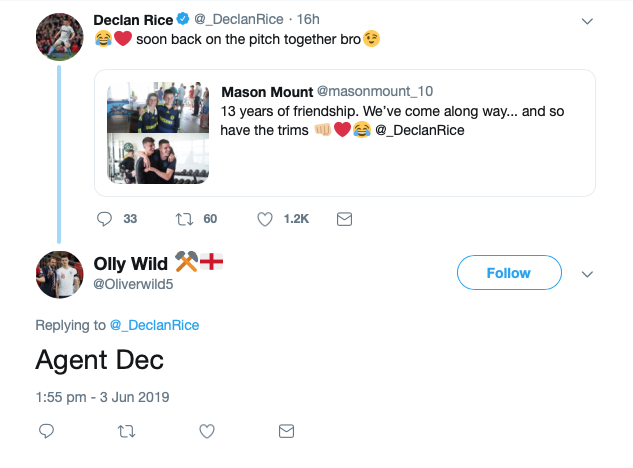 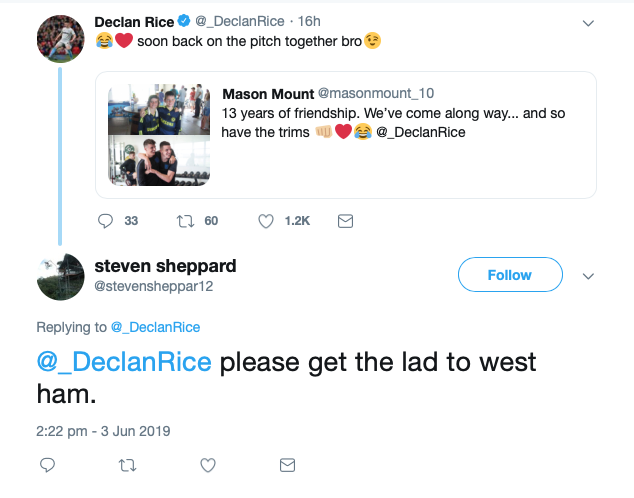 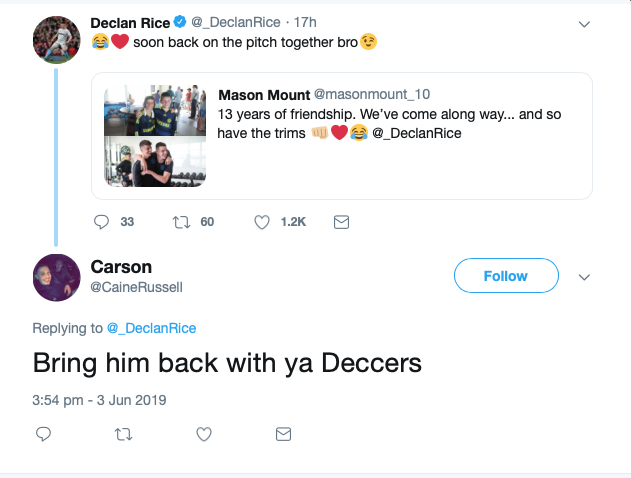 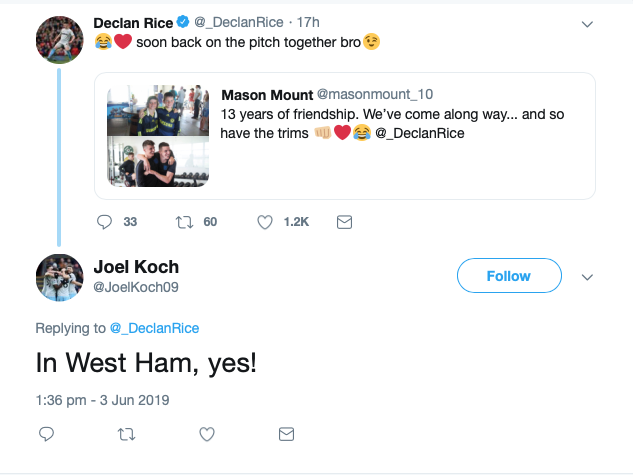