West Ham United posted a tweet on their official Twitter account on Wednesday with a video of former player Dimitri Payet, remembering that the club signed the Frenchman on this day in 2015. When you look back on some of the great players West Ham have signed in the Premier League era, Payet is arguably the best of them all. You have the likes of Paolo Di Canio, Scott Parker and Carlos Tevez, but Payet perhaps had the greatest single season of any of them. The way he performed in 2015-16 was phenomenal, one of the finest campaigns of any player outside of the top flight’s established order that we have ever seen. It’s no surprise that the supporters still think of him fondly and appreciate what he did for them, even if they are clearly still hurt by the way he left. One fan even posited that the Hammers might be testing the water to see the fan reaction to potentially re-signing Payet, but that’s surely hugely unlikely. 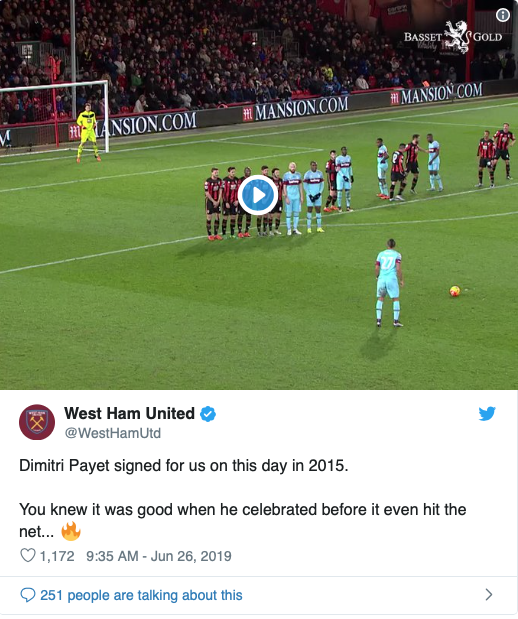 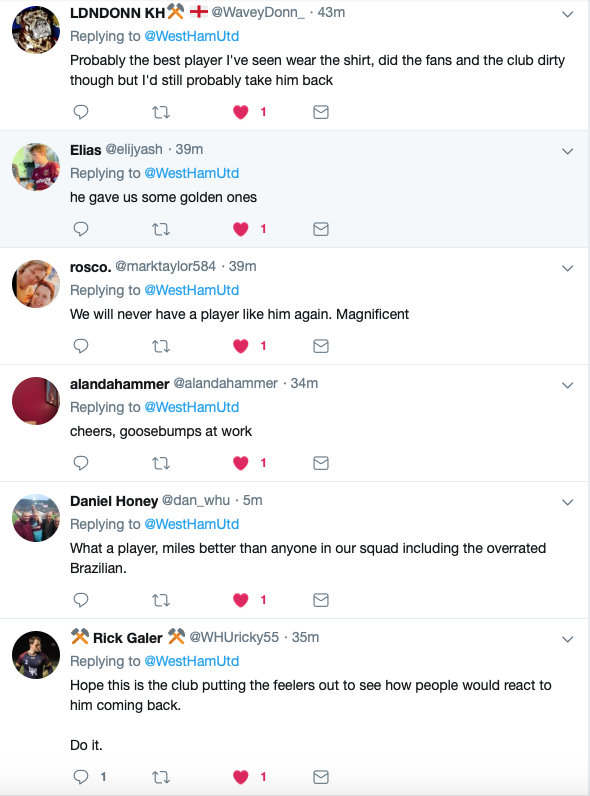 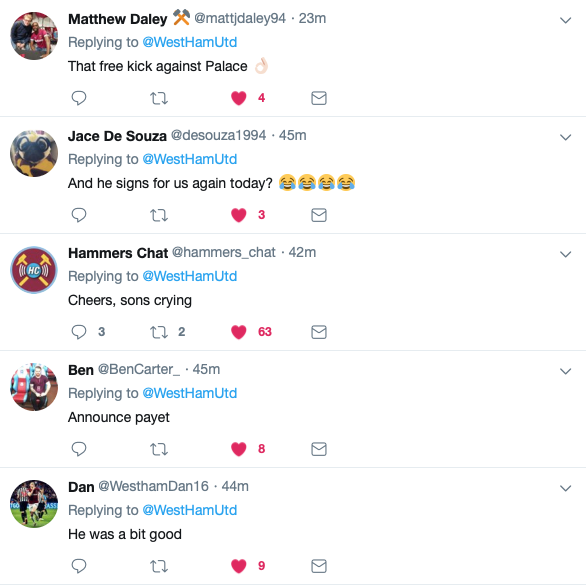