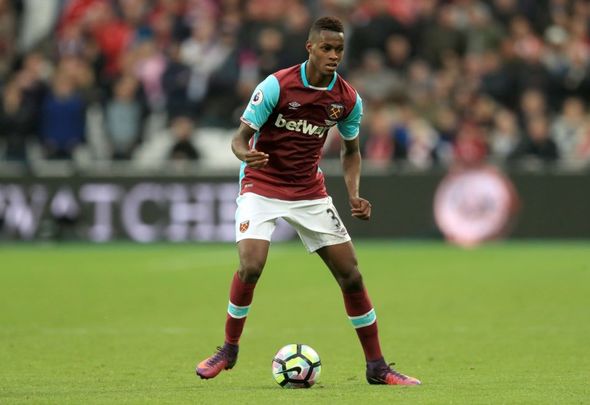 West Ham United announced on their official website on Monday that midfielder Edimilson Fernandes has joined Bundesliga side Mainz for an undisclosed fee. The news, it’s safe to say, hasn’t gone down well with the club’s supporters. They are clearly outraged that a promising young midfielder, who has just enjoyed an impressive season on loan at Serie A side Fiorentina, has been allowed to leave the club. It’s hard to blame them for feeling disappointed, to be honest. The Hammers are far from overstocked in central midfield, particularly when you consider the presence of injury-prone Jack Wilshere and the uncertain future of Pedro Obiang. So for Fernandes to be moved on is slightly baffling at this stage. If West Ham have a quality replacement lined up then fine, but otherwise this looks like a serious misstep from the club. Still a switch to a solid Bundesliga club in Mainz is a good move for the player himself, so hopefully he gets the chance he was never really afforded at the London Stadium. 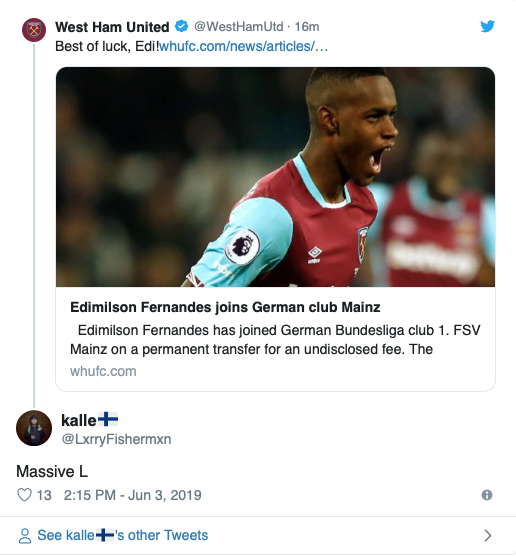 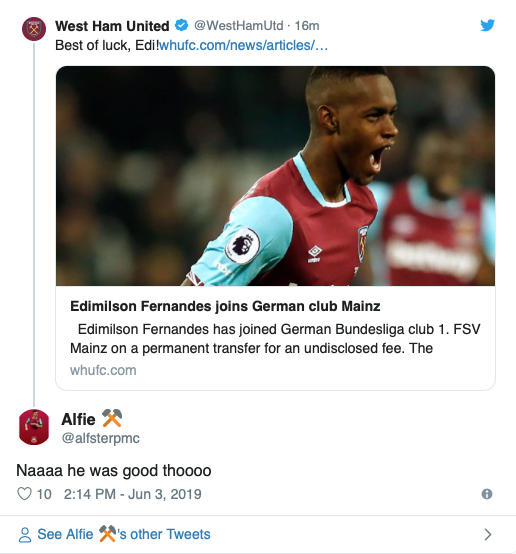 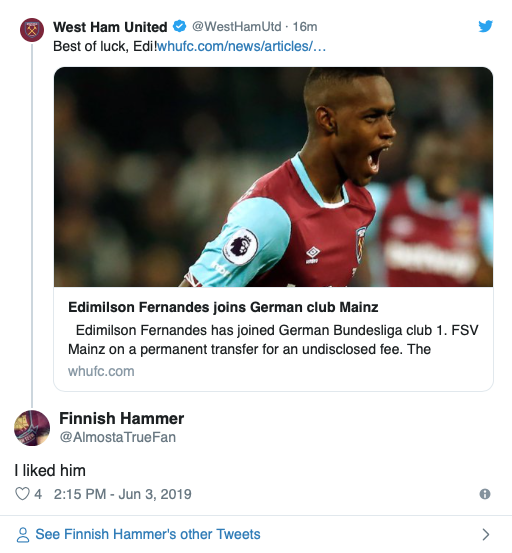 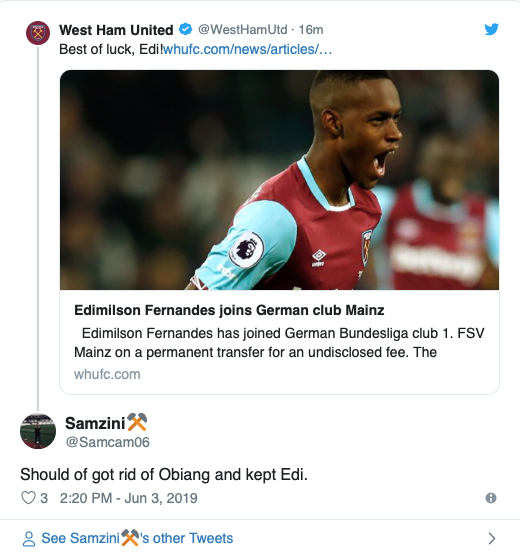 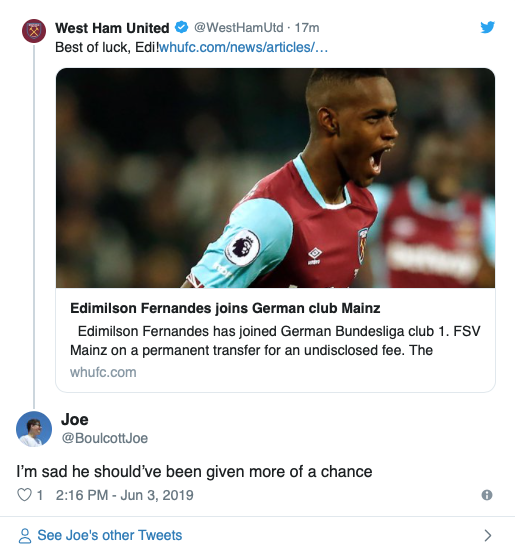 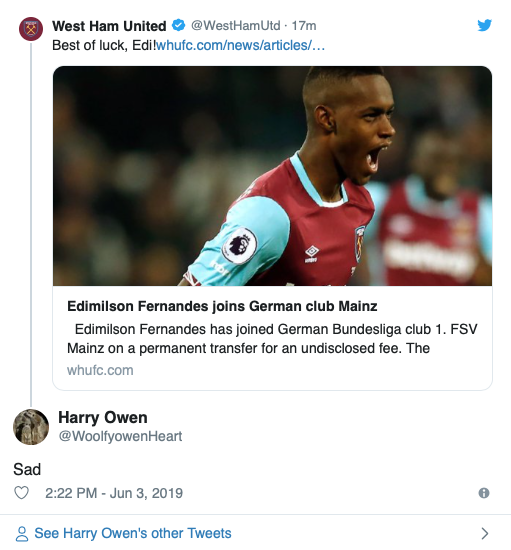 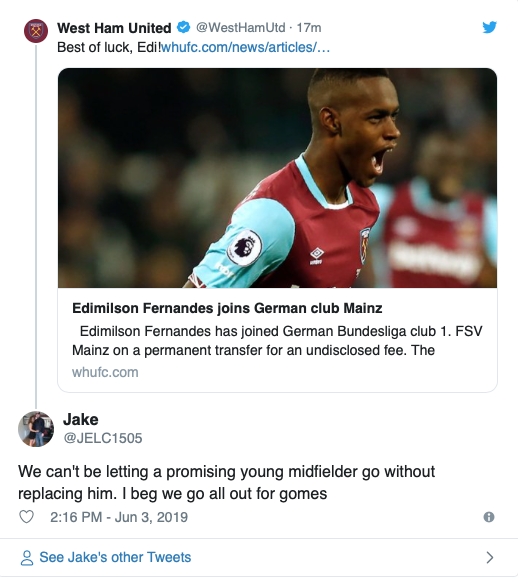 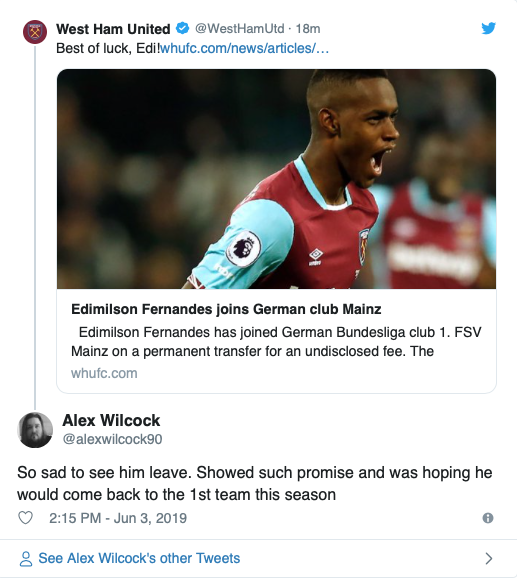