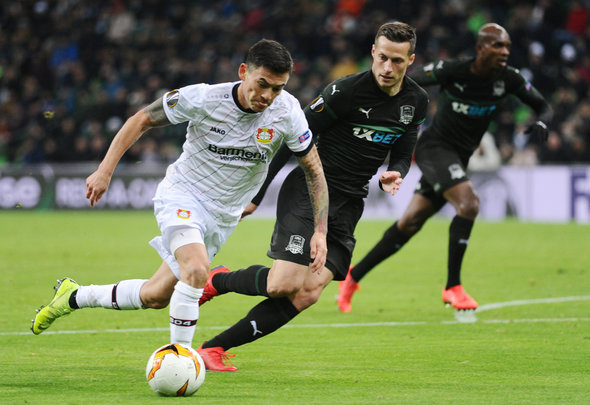 West Ham are in pursuit of Bayer Leverkusen midfielder Charles Aranguiz as he heads into the final year of his contract at the Bundesliga side, according to Bild.

The German publication claim that the 30-year-old Chile international is wanted by fellow countryman Manuel Pellegrini this summer to bolster his options in the middle of the park, the manager having confirmed his previous attempts to sign the 70-cap ace.

However it is stated that Leverkusen are set to dig their heels in over a potential exit this summer and would demand a big money transfer fee to see him leave, with contract talks scheduled for his return from the Copa America.

With a contract running out in 2020, Bayer Leverkusen must be feeling pretty confident of him penning a new deal at the club to demand a mega-money deal for his sale. Usually, situations like these see clubs try and pounce for a cut-price deal, knowing that the selling side could lose their player for nothing in a year’s time. It appears this time that the German outfit are going to roll the dice and gamble on him either putting pen to paper this summer or before the January transfer window opens, when he would be able to agree a pre-contract deal elsewhere for a move next summer. Could West Ham do with his capture? Absolutely. The midfield is an area which while the likes of Declan Rice and Mark Noble have done well in, they have Pedro Obiang for back up. Improvements are needed to push this squad up the Premier League table and Aranguiz would be the sort of quality capture who could really make a difference.