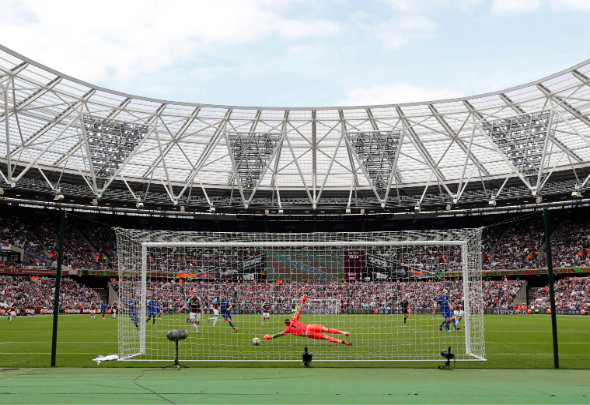 West Ham are facing paying up to £500,000 in fees and running costs to use the London Stadium for their pre-season friendly against Athletic Bilbao, according to Football.London.

The news outlet claim on their website that as pre-season friendly fixtures do not fall under the remit of the contract agreement with the London Legacy Development Corporation (LLDC), meaning that they have to splash out a six-figure sum to play the warm-up game in front of their own fans.

It is stated that the Irons have not had a home friendly since Juventus’ visit back in 2016 but the east London faithful will be able to welcome their Spanish counterparts to the capital at the start of August.

It seems totally unfeasible that a Premier League football club should not be able to play their warm-up games at home but that appears to be the case with the Hammers and the London Stadium. While top flight sides in England do make an awful lot of money, a £500,000 cost to play a game should not be overlooked – after all, that money could be spent on a year’s worth of £40,000-a-week wages or towards a promising young talent from the lower leagues. How will it affect Manuel Pellegrini’s plans? In all honesty, you can imagine it will not make too much of a difference. It will give the new signings at the Irons a taste of what it will be like to play in front of their home supporters when the Premier League season kicks off and allow them the opportunity to acclimatise. Still, with this sort of figure on pre-season games, you can understand why the Hammers are only having the one home fixture this summer.