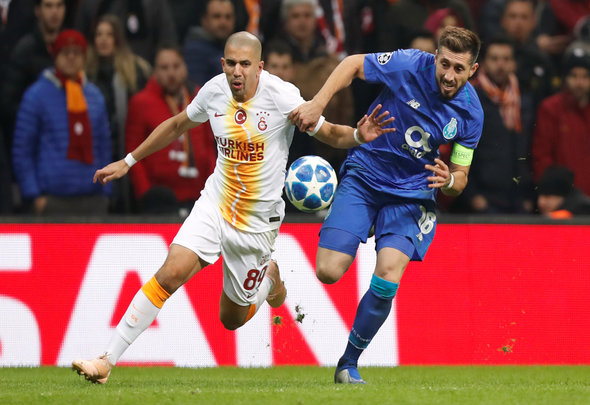 West Ham United have been mooted as a potential destination for Porto midfielder Hector Herrera, according to the Daily Express.

The newspaper claims that the Hammers are thought to be one of the teams in the mix for the 70-cap Mexico international, as are their Premier League rivals Arsenal.

However, the 29-year-old is now said to be almost nailed on to join Spanish heavyweights Atletico Madrid, although no confirmation of that deal has yet been made.

Herrera is available on a free transfer this summer.

You would have thought that West Ham would be in the market for a central midfielder this summer, because they are rather light in that area of the pitch. They muddled on for the majority of last season with only Declan Rice, Mark Noble and Pedro Obaing as fully fit options in the centre of the pitch. Indeed, winger Robert Snodgrass had to make the switch to the middle on more than one occasion, such was manager Manuel Pellegrini’s lack of options. However, he will have Jack Wilshere and Carlos Sanchez back fit next term, so perhaps the Chilean feels he doesn’t need to bring anyone else in. Herrera, though, would be a superb addition. He is a world class midfielder who has distinguished himself during his time in Portugal. Having said that, it’s clear that he seems destined for a move to the Wanda Metropolitano. That’s fair enough, Atletico are a long way ahead of the Hammers at the moment.