Sigh of relief as West Ham links to Zouma rubbished 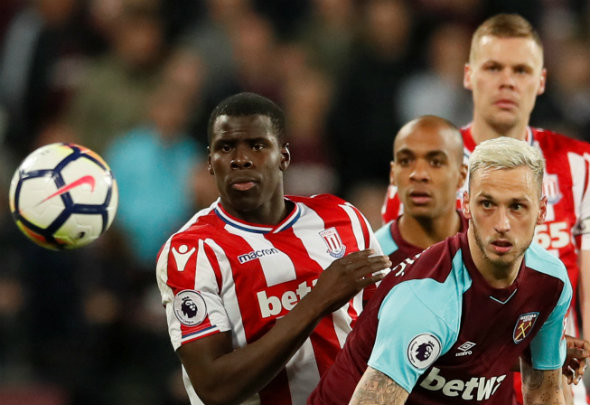 One of the key areas which West Ham United improved in last season was their defence – with Manuel Pellegrini making smart additions to his squad.

The stat which probably highlights the vast improvement is the fact that in the last campaign, the Hammers conceded 13 fewer goals than the season before that – in a season where they had the leakiest defence in the league (68). [Premier League]

Issa Diop was an unknown quantity when arriving for £22million from Toulouse last season, and quickly formed a solid partnership with Fabian Balbuena – who was signed from Corinthians in the following month.

Due to their strong bond at the heart of the defence, it came as no surprise to see rumours being rubbished surrounding a potential deal to sign Kurt Zouma from Chelsea on Wednesday.

West Ham fans will now surely be breathing a sigh of relief, with the Chelsea defender having the potential to be one of the more pointless signings in Pellegrini’s reign at the club.

When you compare Zouma to the influential duo of Diop and Balbuena via WhoScored, there is no case to made in favour of welcoming the 24-year-old to the London Stadium. 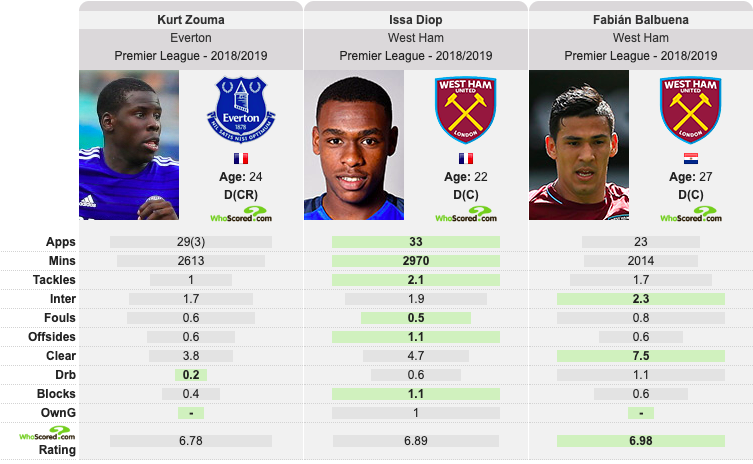 As well as having the lowest average WhoScored match rating of 6.78, Zouma was also majorly outperformed in most defensive aspects of the game.

The former Everton loanee had the lowest average in terms of tackles, interceptions, clearances, and even blocks, in stats that make for pretty reading if you’re a Hammers fan.

With West Ham not reportedly interested in Zouma, they must now instead potentially look to the market to bring in a younger defender, who can be given time to develop and watch both Diop and Balbuena who have led the way in improving their defence.