The England international, who is a fan favourite at the London Stadium, took the opportunity on Tuesday, which was also Hugill’s birthday, to reference the video which was posted when the 27-year old first signed for the Hammers.

West Ham’s official Instagram account posted a tribute to the centre-forward for his birthday, which was met with a cheeky comment from Rice referencing Hugill’s signing video. 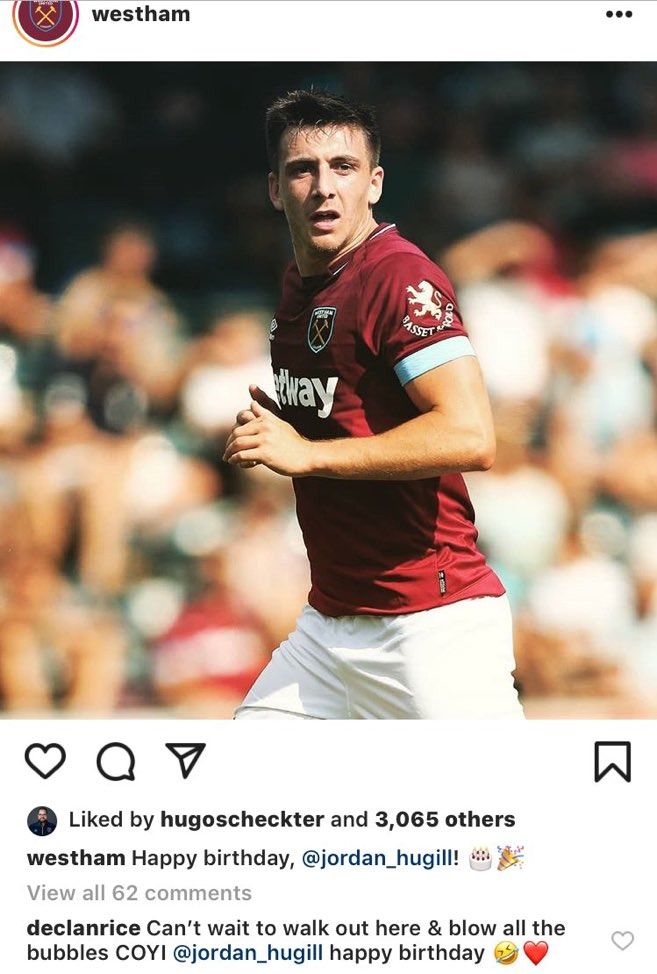 The England international certainly isn’t short of banter and wit, and it seems like it’s not only the West Ham faithful who remember the signing on video which was done by Hugill upon arrival at the London Stadium. The 27-year old spent the whole of last season on loan at Middlesbrough in the Championship, and featured 37 times in the league for his loan side, scoring six goals and registering two assists along the way. Rice on the other hand has had a slightly different season to say the least, becoming a prominent figure in the Premier League for Manuel Pellegrini’s side, and also making a name for himself on the international stage with England. It’s nice for Hammers’ fans to see that all of their players are still in good spirits however, despite having not played together properly all season. It seems that there is a good atmosphere surrounding the club at the moment, and the players seem to be getting on ahead of the club’s pre-season campaign.