Perez to join Alaves by the end of the week 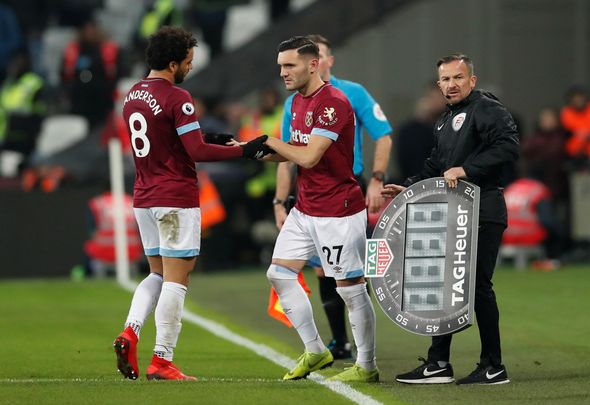 West Ham United striker Lucas Perez is set to seal his Hammers exit by the end of the week, according to Football Insider.

The outlet reports that the 30-year-old, who is on a reported £80,000-per-week at the London Stadium [Source: Spotrac], is on the brink of moving to La Liga side Alaves for £2.2million.

The Spaniard is set to have his medical and put the finishing touches within 24 hours of 6 p.m on Saturday, meaning that his West Ham career will come to an end after less than a year.

Perez failed to ever really ingratiate himself to manager Manuel Pellegrini after a move from Arsenal last summer.

This move has appeared to be on the cards for a while now, and you can’t blame any party involved for what they’re doing here. Perez is obviously ready to return to his homeland having endured a tough time of things in England, while Alaves are getting a proven La Liga player for a minimal fee. West Ham, meanwhile, are getting a big earner who never really made an impression off their books. They will then be able to put the proceeds from his sale and saved wages into potential summer recruits. That sounds like a good deal all round, doesn’t it? Perez was a strange signing to begin with last summer and it never really seemed like Pellegrini truly wanted him. He failed to get a significant run of starts and, despite not having a bad goal-per-minutes ratio, he was never a key part of the manager’s plans. With that said, it’s best to move him on this summer so that he can start afresh with a solid Spanish team in Alaves.