Nolan: This is what Pellegrini’s ‘aways telling’ Noble 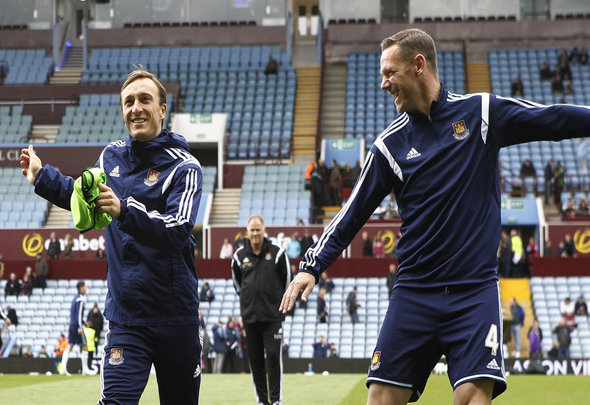 The Chilean arrived at the London Stadium last summer to try and help take the club to the next level, and Noble has told his old teammate about Pellegrini’s determination to reach the top level.

“I was delighted with how the side did over the season. I think, this year, West Ham have the quality and the squad to be the best team outside the top six, and that should be the target next season,” he told the club’s official website.

“I’ve been speaking to Nobes [Mark Noble] about Pellegrini and he says he’s always talking about being a big club and not being frightened and being able to play on the big stage. I’m looking forward to seeing West Ham play in the new season. I think last year was a good season for West Ham and Pellegrini, and now they have to improve on that.”

Pellegrini has spoken a few times since joining West Ham about having a big team mentality and trying to turn the Hammers into one of the biggest sides in the Premier League. He’s a realistic man and he knows that that is a process which will take many years. However, he is sowing the seeds of that attitude-change in the early years of his tenure at the club. He’s always talking about it, according to Noble, and that will inevitably filter through to the player. They’ll start to think ‘yeah, we are a big club’ and they’ll go out and play more positively and try and take the game to everyone they face. To be fair, when you look at West Ham these days, it’s hard to argue that they’re not a big club. From the stadium, to the manager, to the transfer business they have conducted over the past 12 months; everything about the Hammers indicates that they are one of the coming forces in the top flight.