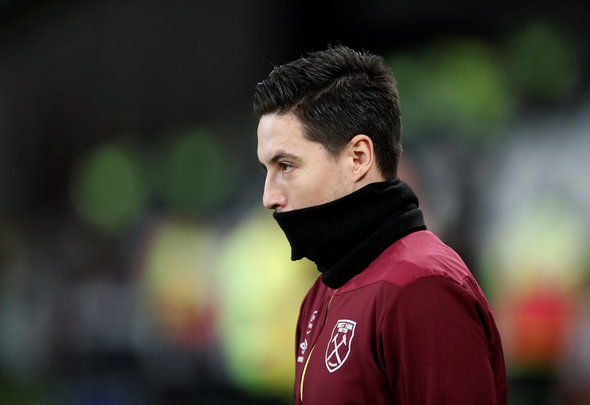 Samir Nasri will be offered a deal with a new club straight after leaving West Ham by former Manchester city teammate Vincent Kompany, according to The Sun.

The 32-year-old Frenchman will become a free agent next month when his current short term deal expires in east London, but it is understood that Kompany, who recently took over as player-manager of Anderlecht, has been in touch over a potential move.

The £80,000-a-week ace [The Sun] made just six appearances for the Hammers in all competitions after arriving in January.

This could be a very good move for West Ham if it is true. Nasri has not had the impact that was expected from him in east London, and after just six appearances, it is easy to see why Manuel Pellegrini would be willing to let him go. Just 0.4 dribbles and 0.6 shots per game [Whoscored] illustrate a player who no longer operates at the same level that he once did, and £80,000-a-week is an extortionate amount for a player who is barely contributing. Getting that kind of fee off the wage bill would be smart piece of business that would free up funds to hopefully make moves elsewhere in the transfer market, and while there is no doubt that Nasri is going, he would do well to secure a new deal so soon after his departure given his fairly tepid spell in England. This move would suit all parties.