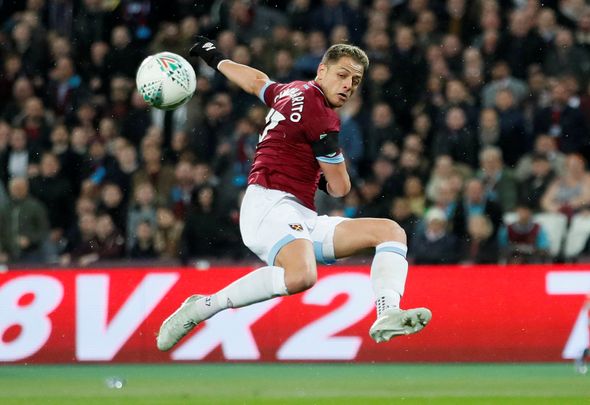 West Ham striker Javier Hernandez is on the radar of the Austin MLS franchise owner Anthony Precourt as he prepares for the inauguration of his side in 2021.

The Mexican hitman has already been linked with a move to the United States’ top flight after his time with the Hammers, a spell in which he has played 61 times for the east Londoners, scoring 16 goals.

Speaking of the 108-cap international, Precourt confirmed that he would love to make the 31-year-old a part of his side and admitted he would be looking at signing him in the coming years.

He was quoted by the Mirror’s live transfer blog (20/06, 10:18): “Chicharito would be pretty special; I’d be as excited as anyone. That’s the type of player we’ll target, and we’ll give our best pitch.

“I think he’s got a year left on his contract at West Ham and I think other clubs are rumoured to be looking at him in MLS. We’ll certainly be active in trying to recruit him in the years to come.”

That is quite an open and honest statement from the MLS chief and you can see why Hernandez is being linked with a move to the USA. It would be a lot closer to home for him and at 31-years-old you can imagine that his family and his post-playing career will be at the forefront of his mind. Of course he will want to play at the highest possible level for as long as possible but his second stint in the Premier League, having dazzled at Manchester United, is not turning out as many would have expected. His goal tally with the Irons is nothing to write home about and with the Hammers clearly looking to try and take themselves to the next level, it would be a surprise to see him included as a major part of their plans. Precourt’s side might not be created yet but Hernandez would be a massive coup for the newly created team – not to mention a huge draw for the Mexican population living in and around Texas.