Missing out on Targett a real blow 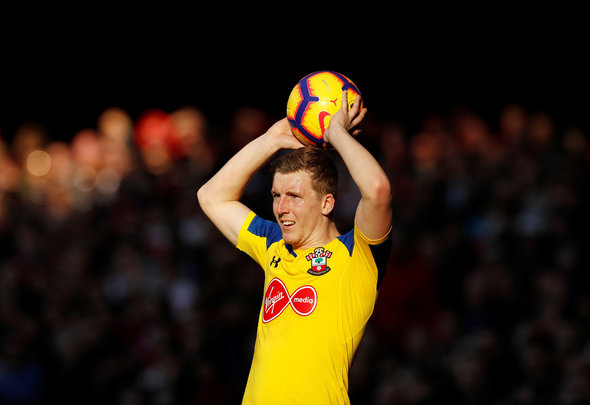 As we emerged from last season, it appeared that left back would be an area of focus for West Ham United this summer.

The Daily Telegraph reported on Saturday that the Hammers were one of the teams interested in signing Southampton left back Matt Targett. However, Premier League newcomers Aston Villa are seemingly on the verge of securing the Englishman’s signature in a £14million deal.

The West Ham supporters will no doubt be cursing a missed opportunity, here, because Targett would have instantly improved what was a problem position for manager Manuel Pellegrini last campaign.

The Chilean chopped and changed between Aaron Cresswell and Arthur Masuaku throughout the season, with the former making 20 league appearances and the latter 23.

Targett, on the other hand, made just 16 for the Saints, but he achieved as much or more than either of the Hammers stars. Certainly from an offensive standpoint, it’s no competition.

As per WhoScored, the versatile 23-year-old scored more goals and grabbed more assists than Cresswell and Masuaku combined last term. He also averaged more shots and key passes per game than either West Ham man.

The youngster was fouled more and had fewer unsuccessful touches per game than Messrs Cresswell and Masuaku, while he averaged the most crosses and through balls.

Obviously the attacking side of the game is only one facet of a full back’s responsibilities, and while Targett isn’t quite as successful as Masuaku in the defensive statistical categories, he does compare favourably to Cresswell.

So when you consider all the available data, it’s safe to say that the Saints star would have been a terrific addition for the Hammers. Unfortunately for them, it appears he’ll be playing in a similar – but different – shirt to theirs next season. 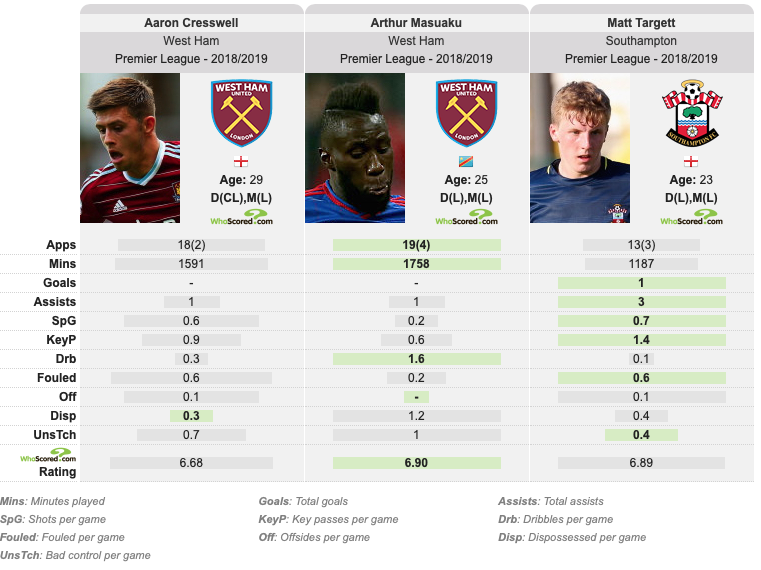