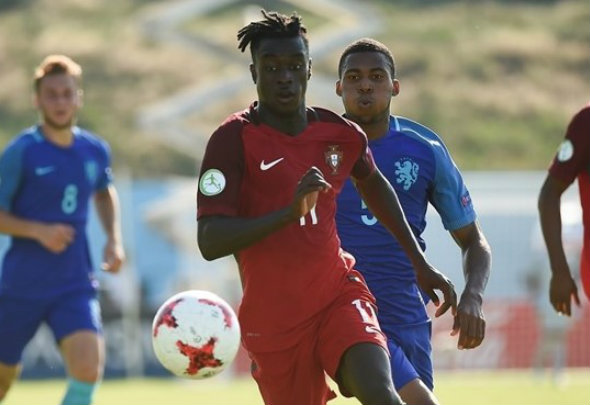 West Ham youngster Mesaque Dju has been included on the shortlist for the prestigious Golden Boy award.

The accolade is handed out to players under the age of 21 who have impressed over the course of a calendar year.

Dju has yet to make a senior appearance for the Hammers since signing from Benfica in January, but has been included on the 100 man list, as reported by Goal.

This is a pretty big deal. A Golden Boy nomination is no guarantee that you will be a big star, but generally speaking, dos that go on to be big stars have had nominations. The fact that Dju is being listed alongside some of the biggest and most exciting young talents shows just how good the Portuguese ace could go on to become. He has still yet to make his senior bow for the Hammers, but you get the feeling that if he can get his break in the coming season, the Irons could have an instant hit on their hands. Much like with Declan Rice, Dju looks like a youngster destined for the very top, and in years to come, that January swoop for him, largely unnoticed at the time, could come to be regarded as a very shrewd move indeed. In the mean time, while it would be a minor miracle if Dju actually managed to win the award, the fact that he has got himself a nod should be enough to get West Ham fans very excited.