Inkersole: Valencia may not be able to afford Gomez 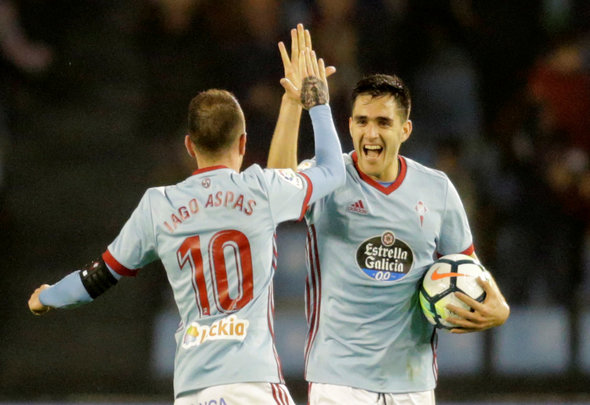 West Ham could be the only side in the running for Celta Vigo striker Maxi Gomez still able to afford him, according to Football.London correspondent Sam Inkersole.

The Hammers have been linked with a move for the 22-year-old, but were expected to face competition from Valencia for his services, as reported by the Evening Standard.

But Inkersole has suggested that the La Liga side’s recent transfer activity could rule them out of the running.

Writing in a piece for Football.London, he said: “Valencia have been consistently linked with a move for the frontman as well as West Ham but they have just blown €35m on Barcelona stopper Jasper Cillessen, but have also recouped £23m by sending their own goalkeeper Neto the other way to the Camp Nou.

“Whether the Mestalla-based side have the funds to go for Gomez is now debatable so the Hammers could well be the only show in town.”

This would be fantastic news for West Ham. Gomez is exactly the sort of player they need to snap up this summer, and their continued interest in him shows just how good he must be. His average of 3.8 aerial duels won and 2.2 shots on goal per game [Whoscored] show that he is the ideal, robust hold up man for the Hammers, but also that he has enough about him to play a bit as well. At 22, he still has a lot to learn, but all the signs are that he is more than good enough to make an instant impact in the Premier League, should a deal get tied up. Whether Valencia are actually cash strapped enough to miss out on him is a matter of debate, but certainly, you would assume the they will be less inclined to spend big on the South American having just forked out a sizeable fee on Jasper Cillessen.