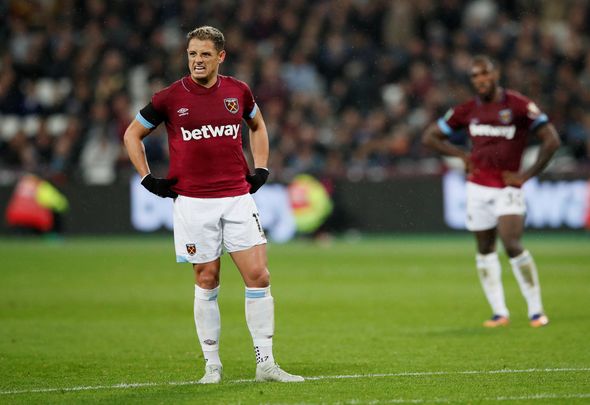 Javier Hernandez has held talks with key figures at Galatasaray over a potential summer move, according to Turkish outlet Futbol Arena.

It is understood that the Mexican forward flew out to Istanbul to hold discussions with the Champions League club, but has yet to reach an agreement over wages.

The report claims that Chicharito is looking to secure a deal equal to the £140,000-a-week contract [Spotrac] he is currently on at West Ham, but Galatasaray are looking to ensure a smaller figure.

It feels increasingly likely that Hernandez will leave West Ham this summer. Galatasaray are a fresh face in the battle for his signature, granted, but for some time now it has seemed that there would be some kind of race to take him away from east London during the current transfer window. The MLS has been touted as another destination, as reported by the Mirror, as has Valencia, as reported by The Sun. In truth, both of those options seem more realistic than a move to Turkey, but you never know. Either way, it would be a good move for West Ham to get him off the books. It felt like the little Mexican lost some of his razor sharp instinct last season, averaging just 1.5 shots per game, as reported by Whoscored, and hitting just eight goals for the Hammers in all competitions. £140,000-a-week is a lot of money, and freeing up those kinds of funds could be a very shrewd move.