Hernandez actively looking for move away 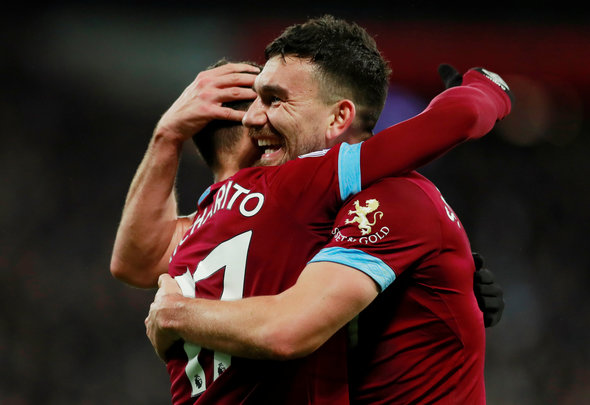 West Ham striker Javier Hernandez has revealed that his agent is trying to secure him a move away from the London stadium.

A report earlier in the transfer window [Tuttomercatoweb] claimed that the 108-time Mexican international – who made 28 appearances in all competitions for the Hammers last term – was keen on securing a move to the Serie A.

Speaking on the Naked Humans YouTube vlog, Chicharito said that if a move cannot be found this summer, he is happy to wait until his contract expires at the end of next season.

“I have an agent in Mexico. I need someone to get me stuff in Mexico too but Lauren, Romain is working as a team with us. He is the one more involved,” the 31-year-old said.

“He is Spanish so has more connections here. He’s searching for a club, if we can move. If not I will stay with West Ham easy, happy. I have one year left, but West Ham and I have decided it would just be easier to go out.”

These quotes don’t come as a real surprise, since Hernandez would be better off going elsewhere. He made 25 Premier League appearances last term, but 11 of those came from the bench. That statistic shows that he is not considered the top-choice striker at the club, with Marko Arnautovic currently holding that mantle. What’s more, the Hammers are said to be interested in signing Celta Vigo striker Maxi Gomez [Evening Standard], which would push him further down the pecking order at the London Stadium. Having said that, it looks like Hernandez is happy to fight for his place in the West Ham team next season; he knows he only has one more campaign left on his contract and that he will probably then be released, so why not give it a shot if his initial wish does not come to fruition? After all, the Hammers would not mind having extra firepower within the club at all.