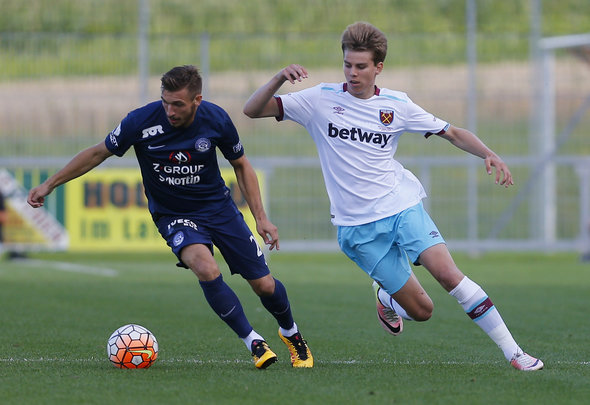 FK Haugesund coach Jostein Grindhaug has revealed his joy that the club were able to agree to a loan extension with West Ham United for Martin Samuelsen.

The Hammers confirmed on their official website on Tuesday that the exciting 22-year-old winger would extend his current loan deal in his native country of Norway until January 2020.

Speaking on Haugesund’s official website, Grindhaug said: “We are of course very happy that this has fallen into place. We have never hidden away that we want to include Martin in the continuation, so this is a good solution for us, for the player himself and for West Ham.”

Samuelsen has only made two senior appearances for the Hammers in his career and has featured the same amount of times for Norway. The 22-year-old made a good impact in the Eliteserien, scoring twice in his 12 outings.

This was definitely the correct move for all parties. At 22-years-old, it would come as no surprise should Samuelsen hold no future under Manuel Pellegrini at the London Stadium, and a possible move to Norway would certainly suit the former Manchester City youth star. With the winger only making a couple of appearances, it is clear that he is currently not in the Chilean’s plans, and the move for Pablo Fornals alongside the imminent return of Andriy Yarmolenko have made those chances even smaller. Instead of this, Samuelsen will continue his stint at FK Haugesund, a club where he will feature much more and be relied upon as one of their brightest talents. This will most likely decide his career, and with the coaching staff behind him obviously big admirers, he could easily thrive under their guidance. Should Samuelsen continue to impress, he could be considered a future option at West Ham, but should he not – a move back to Norway could certainly be on the cards, the decision is up to him.