Diangana must stay amid Galatasaray interest 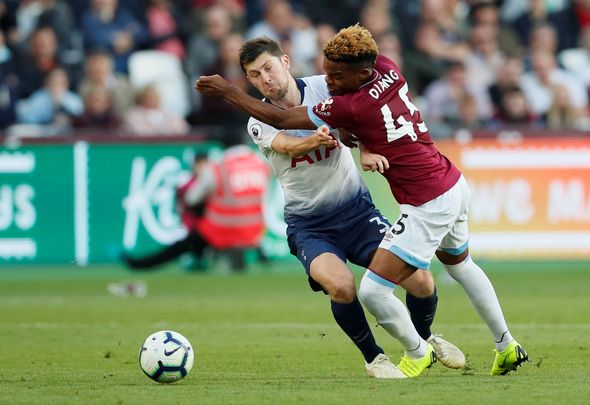 If there is a particular area that needed strengthening at West Ham, it would be their policy on integrating youth players into the senior fold.

Declan Rice has broken the mold in the previous years, with the 20-year-old bursting on to the scene at the London Stadium, earning international recognition at the same time.

The Hammers had the joint-sixth highest average age in their squad in last season’s Premier League with their average player being 26 years and six months old.[talkSPORT]

Captain Mark Noble even admitted at the end of the previous campaign that he expected a group of the older members of the squad to be sold so that Manuel Pellegrini can integrate more young and hungry players into the fold.

One of the young players that has snuck under-the-radar in gaining praise in the past couple of years is Grady Diangana. The 21-year-old made 17 top-flight appearances last season and has reportedly caught the eye of Galatasaray, with the Turkish club interested in a loan move.

Surely a move away from the London Stadium wouldn’t be the best option for Diangana, who could be the answer in the Hammers’ attempt to bring in more youthful players.

Impressively, the 21-year-old averaged 1.2 dribbles per game last season – more than senior attackers such as Marko Arnautovic (0.7), and Robert Snodgrass (1).

Diangana offers great attacking flair and pace on the ball and was dispossessed fewer times (1.1) than Felipe Anderson (1.5) with the ball at his feet, showing his great ability to keep hold of the ball when running at his man. [WhoScored]

The England under-20’s international has more than proved his worth in the Hammers’ academy and as a fringe figure – now must be the time for Pellegrini to keep a hold of his young talent and propel him into a bigger role next season.