Collison blown away by Fornals signing 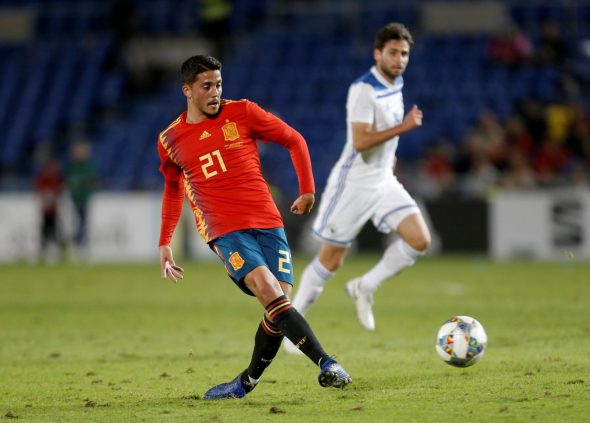 The Hammers announced the signing of the Spain international from La Liga side Villarreal on Friday, to the delight of the east London side’s fanbase.

Collison could only offer up one word in response to the signing, saying: “Wow,” with a number of fire emojis on his personal Twitter account. 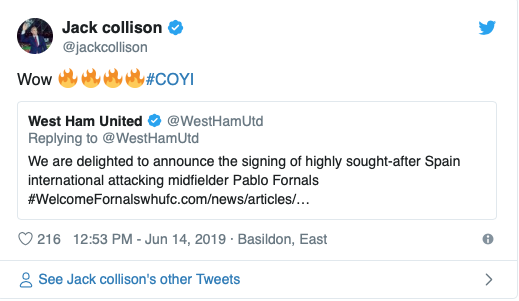 Collison probably summed up the feelings of the majority of the West Ham supporters on Friday. Fornals is a wonderfully gifted footballer who has three caps for Spain – no mean feat in this day and age – and has been a consistent performer in La Liga for several years now. Plus, he’s still just 23 years of age and is only going to get better in the years to come. That sounds like a fantastic signing, does it not? It’s recently been announced that Collison himself is leaving the Hammers to join up with Major League Soccer side Atlanta United, so he won’t actually be able to watch Fornals up close and personal himself. However, he knows a thing or two about midfield play and if he is this excited about a West Ham signing then it bodes well for Manuel Pellegrini, his team and the club’s supporters next season. It will be interesting to see if Fornals can match these stunning expectations moving forward.