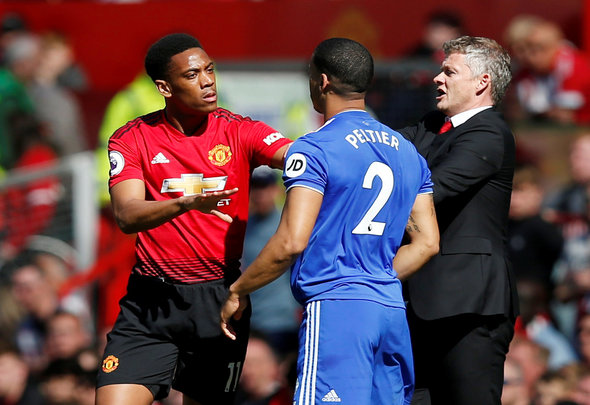 Anthony Martial was never on West Ham United’s transfer agenda this summer amid reports linking the Manchester United man to the club, according to Claret and Hugh.

The online Hammers news outlet claim that rumours linking the Irons with the French international as part of any deal to take Issa Diop to Manchester United are some way wide of the mark.

A reliable club source told Claret and Hugh: “We simply aren’t interested in selling Issa – his future is with us. Martial is not on our agenda.”

It was reported by the Independent on Tuesday morning that Manuel Pellegrini would need the Frenchman included in the deal to consider letting go of his marquee defender.

The Manchester United forward has struggled for consistent football in the Premier League, only making 27 appearances last season, scoring 10 goals.

Sky Sports News reported that Diop has the ambition to play Champions League football but is currently happy at the London Stadium.

This will come across as an intriguing thought for West Ham fans, who may well get the feeling of what could have been. No matter what happens, the Hammers will be happy with their business in the summer. Either Issa Diop remains at the club or they receive an international forward without spending a penny. The 27-year-old can play either on the left-hand side or centrally as a striker and would offer the London club a new dimension up front. Martial averages 1.2 dribbles per game compared to West Ham’s current forward Marko Arnautovic, who only averages 0.7. [WhoScored] This would mean Martial would bring a much more dynamic style of play to the club instead of the Austrian who is very direct and powerful in front of goal. West Ham will want a striker this summer, so Martial would have tempted them, it was a smart decision to tempt the Red Devils by asking for Martial, as they cannot lose either way if a deal is completed or not.