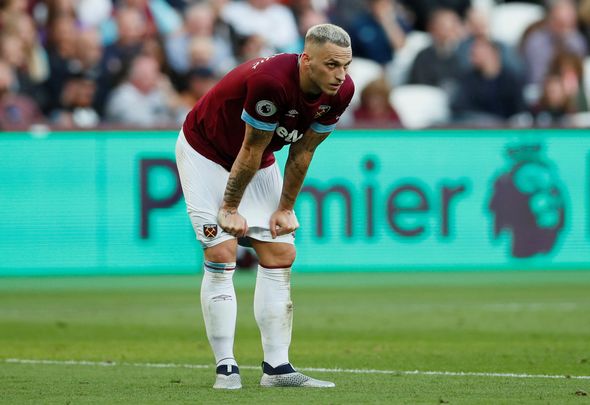 The Italian outlets claim that the 30-year-old is keen on a reunion with the Serie A giants and has told his agent to secure him a move back to the San Siro.

The Austrian international is still working his way back into the good books of the Hammers supporters after the uproar over his collapsed move to China in January.

Inter are thought to be looking to bolster their attacking options this summer, with Edin Dzeko and another frontman targeted. However, their ideal addition is not Arnautovic, but his fellow Premier League star Romelu Lukaku.

Well, it seems that there is no end to the Arnautovic at West Ham saga, doesn’t it? There’s always something with the imperious Austrian and, with him now being 30 years of age and with his record of antagonistic behaviour, it might be best to finally move on from him this summer. He’s not going to continue to be worth big money for much longer. This is a man who managed to annoy the club’s entire fanbase mere months ago, before having to issue a grovelling apology and sign a new contract. Yet he is already on the lookout for a new club. Clearly he has learned no lessons from the China debacle in January. This is a guy who is a terrific talent, but at this point of his career he may simply be more trouble than he’s worth. That’s the prevailing thought you get when you read that he’s already angling for a move away from the London Stadium. If this is true and he doesn’t want to be a West Ham player then the club should sell him as soon as possible.