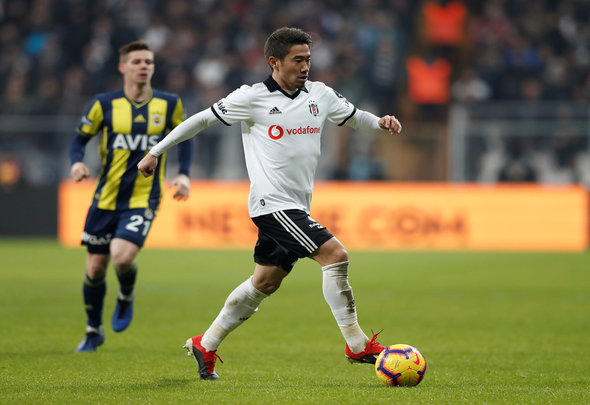 West Ham should end their reported pursuit of Borussia Dortmund midfielder Shinji Kagawa as he would be a waste of money.

According to Ruhr Nachrichten, the Hammers are in pursuit of the Japanese play-maker, who “flirted” with a move to Spain in the January transfer window.

Although Kagawa is experienced in the Premier League, after playing with Manchester United between 2012 and 2014, it would be a waste of money for Manuel Pellegrini to bring him to the London Stadium at 30-years of age.

The midfielder, who has made 97 international appearances for Japan, has spent the last season out on loan with Besiktas in the Turkish Super Lig, netting four times and registering eight assists for the club in all competitions.

However, the Hammers would have to come up with a proposed fee for the midfielder, which is yet to have been set by the German club, as Kagawa’s contract is not due to end until June 2020. (Source: Transfermrkt)

It’s clear to see that the player has fallen out of favour with Dortmund manager Lucien Favre, and is not a part of his future plans, and as he is most likely nearing the back-end of his playing career, it would be a real waste of money for Pellegrini to bring him to the London Stadium, with there being a chance he may not even feature regularly.

With the likes of  Jack Wilshere, Felipe Anderson and Manuel Lanzini already being players at the club ahead of the new Premier League season, it seems pointless for the club to spend valuable transfer money on a player like Kagawa, who is arguably past his best and not even necessarily good enough to simply walk into the first team.

Simply put, the Hammers already have better players to call upon.

If the Hammers are going to bring anyone in, they should look for a player with a similar style who is younger, and more likely to be worth the money being paid for them in the long-term future.