West Ham have made an offer for Andre Gomes 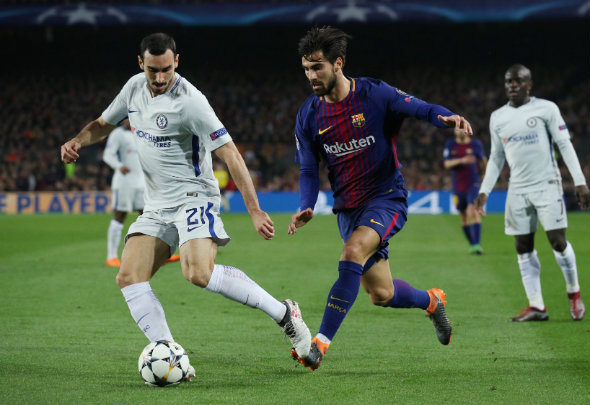 West Ham have made an offer for Barcelona central midfielder Andre Gomes, according to The Times.

The national newspaper claim that the Hammers have made an eight-figure offer of £18million for the player, who spent the duration of last season on loan with Premier League rivals Everton.

The Times report that Gomes has been identified as a priority signing by Manuel Pellegrini ahead of his second campaign at the London Stadium but that Tottenham also hold an interest in him.

This would be a brilliant signing for West Ham, and if they can convince Gomes to come to the London Stadium next season, and not make his return to Goodison Park, then that would be a surreal achievement. The 6ft 2in tall midfielder (Source: Transfermarkt) impressed last season for the Toffees, and although he only managed one goal and two assists in all competitions for the Merseyside club, he was a regular name on the team sheet, and became a real fan favourite amongst the Everton faithful. Signing Gomes would definitely be a positive move for Pellegrini to make in the summer window, and if the Hammers’ bid of £18million was to be accepted, it would be a steal, especially considering the talent that the Portuguese international has to offer. It seems likely that there will be competition for Gomes’ signature, especially in the form of Everton, but Pellegrini should most definitely try and get this one over the line as soon as possible.