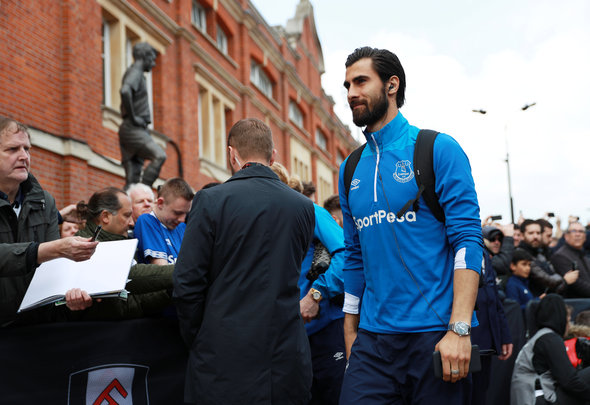 Unfortunately for the West Ham faithful, their clubs initial bid for Barcelona midfielder Andre Gomes was rejected, according to Sky Sports. However, it has to be said that a fair few of the Hammers’ fans expected the bid to be rejected, and believe that the club didn’t offer enough in terms of how good the 25-year old really is. It seems like that main issue for the Hammers fans is the thought that another club could easily jump in and snatch Gomes away from them, after a price has finally been names for him. If another club were to come in and offer Barcelona a fee for Gomes which matches his asking price, then Manuel Pellegrini could quite easily miss out on him in this window. One fan even went as far as saying that it was a ‘waste of time’ when West Ham made the initial bid of £18million for Gomes, which seems like a pretty accurate analysis from a fan’s perspective. 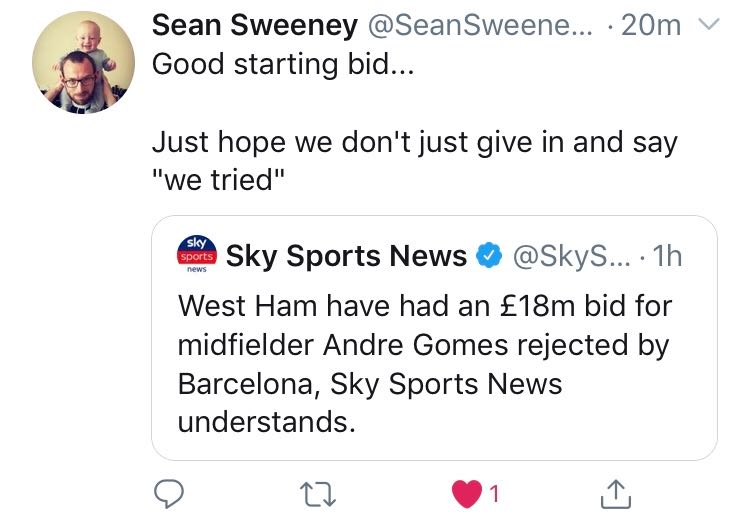 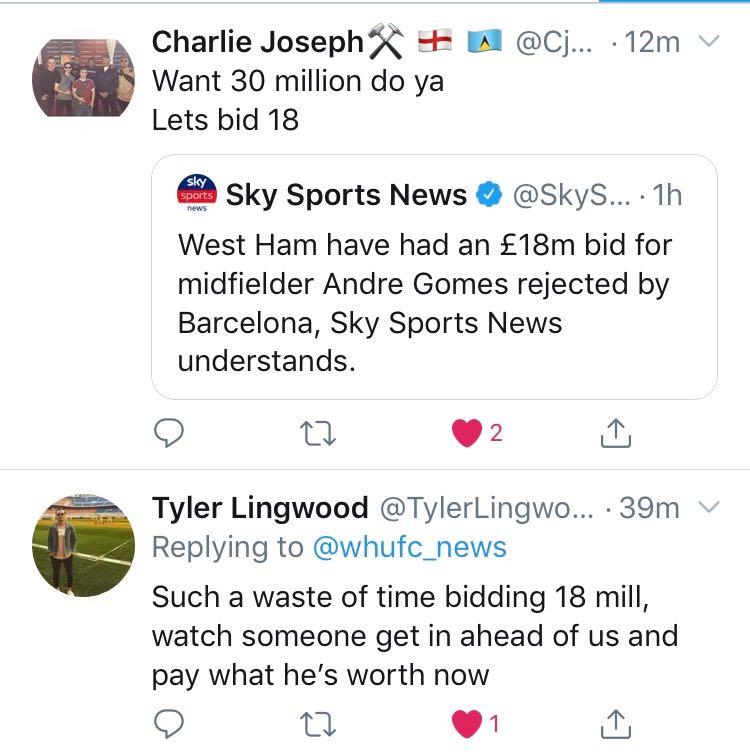 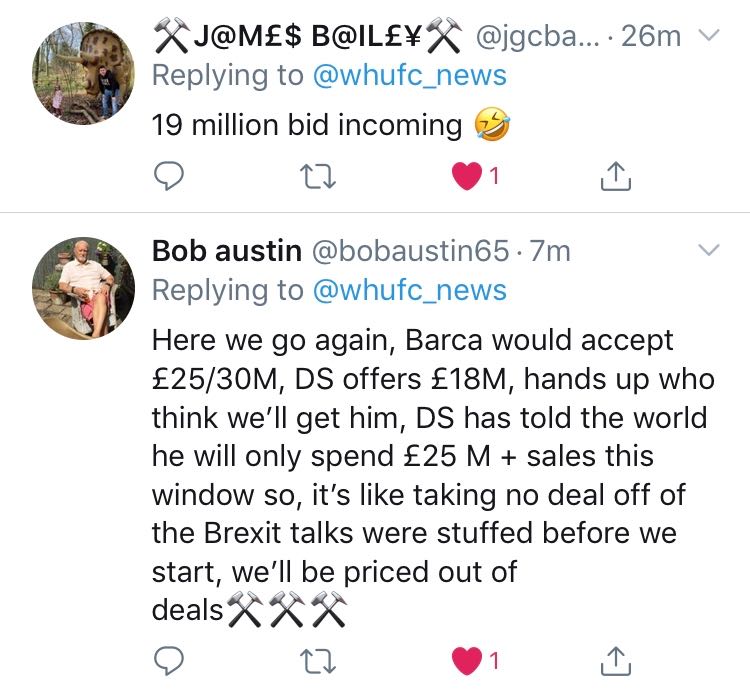 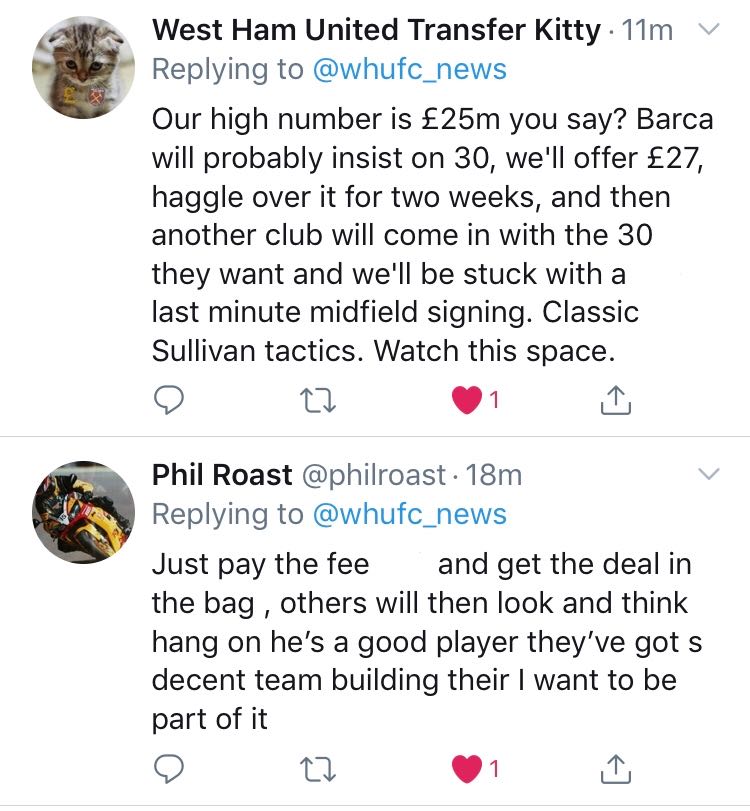