Reece Oxford has praised Josh Cullen after success with Charlton

Reece Oxford has taken to Instagram to heap praise on his loaned-out West Ham teammate Josh Cullen who has tasted success in reaching the League One play-off final with Charlton.

The 23-year old has scored one and assisted five goals in League One this season, and will be looking to help his current club to reach the Championship next season.

Oxford, who is younger than Cullen at 20 years old, took to social media to send his teammate a one-word message to crown him Man of the Match for his display for Charlton against Doncaster on Friday. 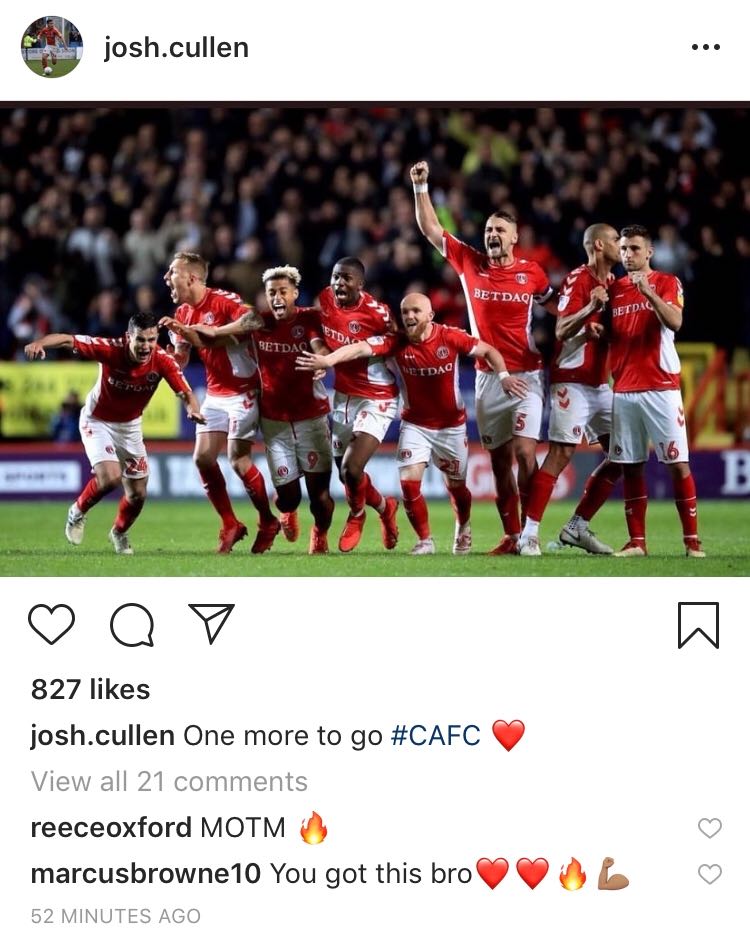 It’s a perfect sight for fans of a club when they see two of their younger players interacting like this on social media, especially considering how well Cullen has done on loan with Charlton this season. As Oxford said, Cullen put in a brilliant performance against Doncaster in the League One play-off semi final, and quite possibly sent a message to Manuel Pellegrini ahead of the new season. Either way, the 23-year old has shown everyone exactly what he can do, and whether his future lies at West Ham or not, he will not be short of offers for his signature. Oxford has been playing his football in Germany towards the back end of this season, after being sent out on loan to FC Augsburg in January. Both players will be looking to stay at the London Stadium next season, and Cullen has certainly put himself in good stead ahead of next year.