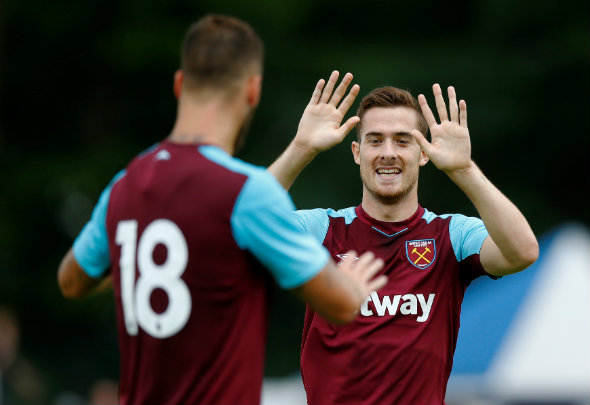 West Ham attacker Toni Martinez is set to leave the club next month when his contract expires, as confirmed by West Ham’s official website.

The Hammers have confirmed that there are four players who will be leaving the club this summer, once their contracts have expired.

The club stated that Andy Carroll and Adrian will be two of the names making their exit from the London Stadium, alongside Samir Nasri and Spanish forward Martinez.

The Spaniard has only featured three times for the Hammers since his arrival at the club back in 2016, playing in the FA Cup back in January 2018.

It’s safe to say that Martinez hasn’t had the easiest of times with West Ham since his arrival from Valencia back in 2016, but it seems like he’s been lost in the shuffle over the last few seasons. He hasn’t really been given a good chance a first team football since making the switch to England, as has never featured in the Premier League for the Hammers in three years at the club. However, the forward is still only 21-years old, and has his whole career ahead of him, but it just seems that things haven’t quite worked out in London for Martinez. The attacker spent last season on loan at CD Lugo in the Spanish second division, and managed to score three goals in 30 appearances for the club in his time there, which isn’t too impressive. Unfortunately for Martinez, he hasn’t impressed Manuel Pellegrini, and will now have to find somewhere else to play his football, however there will no doubt be plenty of sides who will be ready to give him the chance that he was never really given at West Ham.