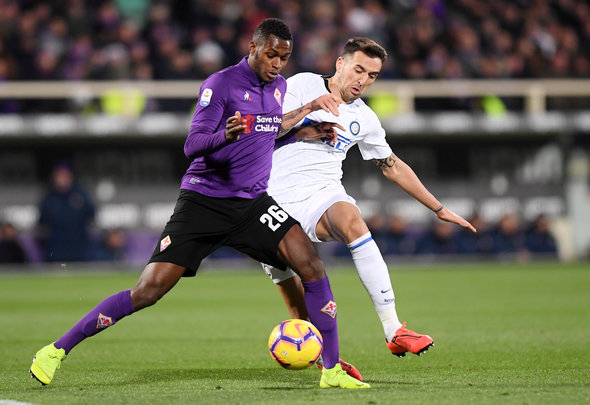 West Ham midfielder Edimilson Fernandes has agreed terms with Bundesliga side Mainz, according to The Sun.

The newspaper claim that the Switzerland international is set to join the German club in a deal worth £8million this summer.

The Sun report that Mainz have been tracking his progress over the last season where he played his football on loan at Fiorentina, resulting in them moving swiftly to secure his signature.

It is believed that the Hammers are on course to make £3million profit on the midfielder as they signed him for £5million in 2016.

Fernandes is still young, at only 23-years of age, so it seems a little harsh for him to be shipped out of the club so early in his career. However, it seems the midfielder has attracted interest from overseas after impressing in his loan spell with Fiorentina, which could prove to be a good move for him, as well as being a good move for the Hammers. The club could be missing out on a very good player in Fernandes, who still has lots of time to progress and improve, after only making 48 appearances for West Ham since his arrival in 2016. The 6ft 3in midfielder (Source: Transfermrkt) may prove to be a good signing for the German club, as he certainly has lots of potential going forward. It seems like this move is likely to happen assuming nothing goes wrong with the deal, and it looks like the transfer could be a good move for both the player and West Ham, who will be able to put the money from the move towards bringing in a new defensive midfielder for the new Premier League season.