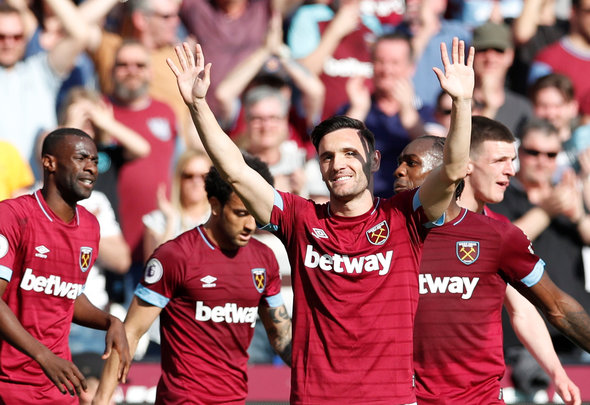 West Ham could be willing to lose Lucas Perez for as little as £2 million this summer, according to Football.London.

The 30-year-old striker signed from London rivals Arsenal for £4 million last summer, but has failed to make a decent impression on Manuel Pellegrini’s side, hitting just six goals in 19 appearances this season.

And it is understood that the Hammers could be willing to take just half of what they paid for him if it means getting his £80,000-a-week wages off the books.

In truth, this probably isn’t too surprising. Things just haven’t worked out for Perez in east London, and the Spaniard feels like a dead cert to become a quickly forgotten piece of business for the Hammers. The issue they have is that his wage is fairly sizeable for a player who barely features. £4 million seemed like decent price when he was brought in last summer, but combine that with his salary, and suddenly you’re looking at a pretty big lump. At this rate, even taking a £2 million loss on him would be good business. At 30, he isn’t getting any younger, and it’s unlikely that his stock is suddenly going to skyrocket at any point in the future. Ship him out, take the hit, and move on – that’s all the Hammers can do now, but at the very least it will be a comfort knowing that they have a little bit extra wiggle room when it comes to negotiating deals this summer without his wages to pay.