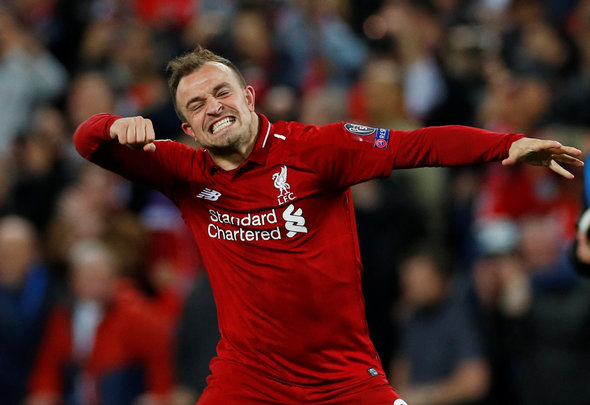 This is shaping up to be a pivotal summer for West Ham United. They made undoubted progress under Manuel Pellegrini this season, and this could be the time to strike while the iron’s hot, if you’ll pardon the pun.

Several members of the established order at the top of the Premier League table look vulnerable, and if the Hammers recruit carefully this off season then they, along with the likes of Wolverhampton Wanderers and Leicester City, might just be able to upset the apple cart.

That’s why a move for Liverpool playmaker Xherdan Shaqiri must be avoided like the plague. Metro reported earlier this week, as per the Daily Post, that Pellegrini’s team are willing to meet the Reds’ asking price of £22.5million for the diminutive trickster.

Shaqiri, on a reported £80,000-per-week [Source: Spotrac], is a talented player, there’s no doubt about that, but you’d have to think that the aforementioned fee could be better spent elsewhere by Hammers’ director of football Mario Husillos.

Pellegrini needs to bring in a new left back, a central midfielder and a striker or two. That’s going to take a fair bit of money, so he can’t really afford to waste cash on someone, in Shaqiri, who isn’t a big upgrade on what he already has. Manuel Lanzini and Felipe Anderson are both just as talented as the Swiss superstar, if not more.

The former Stoke City man has shown glimpses of real quality in his first season at Anfield, but he’s not someone who is going to turn the Hammers into genuine top six contenders.

Sorting out the three positions listed above, though, could. That’s the reason why this Shaqiri pursuit should be binned. It’s simply nonsensical.