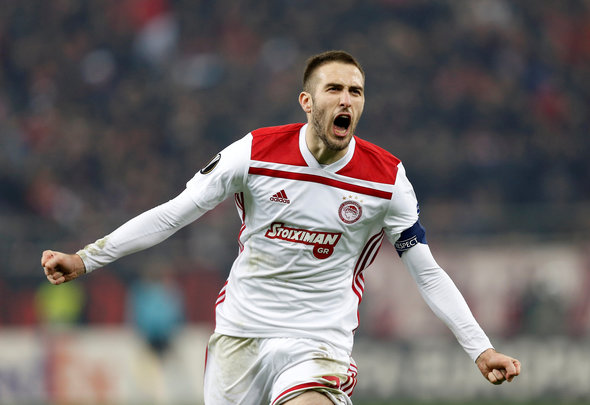 West Ham will need to offer around £13.2million to enter into talks with Olympiacos for the Greek side’s playmaker Kostas Fortounis this summer, according to a report from Sdna.Gr.

The reliable Greek outlet report that West Ham are already believed to have submitted a bid of around £8.8million for the 26-year-old midfielder, but the Hammers have been told they will need to up their offer if they are going to secure the Greek’s signature.

Olympiacos are thought to be facing obstacles in agreeing a new deal with Fortounis, whose current contract runs out next year, with the Greek club trying to secure a new three-year-deal for the player but struggling to get that deal agreed between both parties.

It will be interesting to see whether West Ham are able to sign Fortounis during the summer transfer window, as Manuel Pellegrini looks to improve the depth in quality in his squad ahead of next season. Fortounis’ contract situation with Olympiacos could help West Ham in their negotiations for the 26-year-old playmaker, with the Greek club not wanting the midfielder to leave the club on a free at the end of next season. However, West Ham will have to increase their reported opening bid for the player, and it will be interesting to see whether Pellegrini elects to up his offer or move on to another target, with Barcelona’s Andre Gomes also another midfield option this summer. West Ham will be looking to improve the level of creativity coming from their midfield this summer, and Fortounis could be a very good option to be the player to provide that, having scored 12 goals from midfield in the Greek Super League this season.