West Ham in hunt for Dragowski 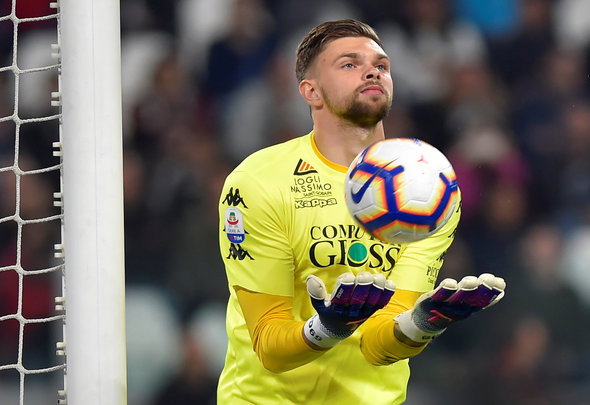 West Ham United are one of a trio of English teams in the hunt for Fiorentina goalkeeper Bartlomiej Dragowski, according to Tutto Mercato.

The Italian outlet claims that the Hammers are looking at the 21-year-old, but are joined by Premier League side Southampton and soon-to-be Championship outfit Huddersfield Town in admiring the shot-stopper.

The Poland star took Serie A by storm after joining Empoli on loan in January, quickly making the number one shirt his own and producing a number of eye-catching performances.

Manuel Pellegrini is likely to be in the market for a ‘keeper this summer with back up Adrian set for depart on a free.

This is an interesting one, isn’t it? Dragowski seems like a fine young ‘keeper who has clearly impressed during his loan spell with Empoli. He would appear to be an ideal recruit to come in and back up his countryman Lukasz Fabianski moving forward. Adrian is clearly going to be off this summer, so a ‘keeper will need to come in in the next few months. Is Dragowski that man? Potentially so. Obviously Southampton are going to be in the hunt for the player as well and will provide stiff competition, but West Ham’s need would appear to be greater. However, is it the right idea to bring a 21-year-old stopper in when the Hammers already have a young ‘keeper they’re already high on in Nathan Trott. Would signing Dragowski limit Trott’s development? That’s the worry with this one, so we’ll have to wait and see what happens here.