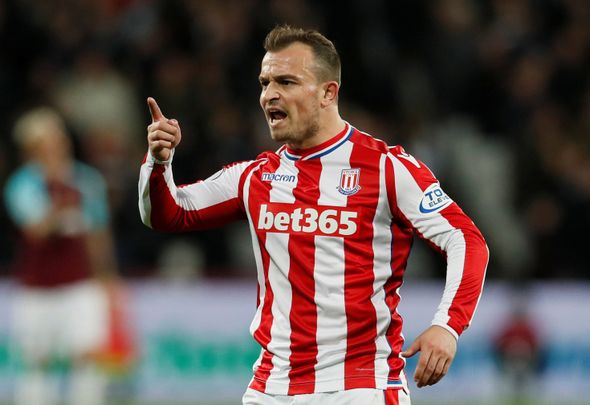 West Ham supporters will be hoping that next season is considerably better than the one that has just ended. Their side spent relatively big last summer, brought in a big profile manager, quietened a lot of unrest in the fanbase, and still looked lacklustre for large parts of the season. That being said, injuries ravaged Manuel Pellegrini’s squad, and there was still more than enough on show to suggest that given a little more time, the Chilean can turn the Hammers into a serious force. This summer is, therefore, a very important one for the club. Spend well and they could seriously push on and challenge for a Europa League spot next term. Spend poorly and there will be serious questions asked about where Pellegrini is taking the club. That’s why yesterday’s report from the Metro, as cited by the Daily Post, linking the club to a £22.5 million move for Liverpool forward Xherdan Shaqiri is a bit of a conundrum. On the one hand, he is a proven international, a Champions League quality player with a bag full of tricks and plenty of star power. On the other, is he better than what they actually have? Felipe Anderson has enjoyed a stellar debut in England, while Marko Arnautovic is unplayable when he gets his head down. Judging by the reactions of many West Ham fans, they’d rather see that money spent elsewhere. 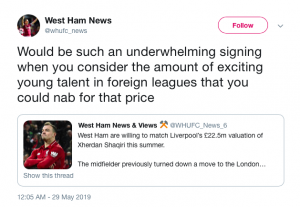