West Ham fans react to international call up for midfielder

West Ham supporters have taken to Twitter to praise and congratulate Declan Rice after the midfielder was selected in Gareth Southgate’s England squad for the Nations League semi-final against the Netherlands. Rice has enjoyed an excellent season with the Hammers, with Manuel Pellegrini making him a vital part of his first team line-up. The midfielder has formed an effective partnership with fellow academy graduate Mark Noble at the heart of West Ham’s midfield this season, and the pair have been vital in helping Pellegrini’s side to a top ten finish in the Premier League. Rice is thoroughly deserving of his England call up, and although the squad is only a preliminary one at this stage it would be a surprise if he is not to remain part of the squad for the inaugural Nations League finals. Southgate and West Ham supporters will be hopeful that Rice can carry on his excellent form for the Hammers this season, in the Nations League and if he can do that he could be a really useful option for England as they look to win a major international trophy.

Forever West Ham rounded up some of the best Tweets bellow: 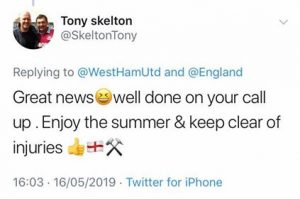 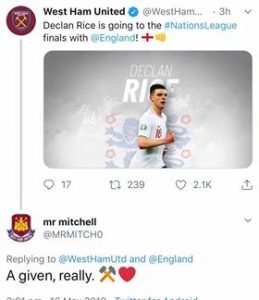 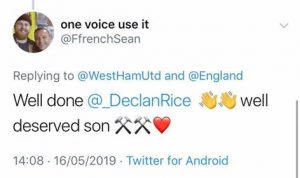 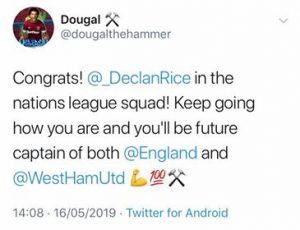 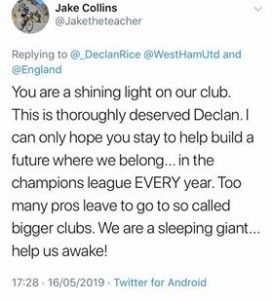 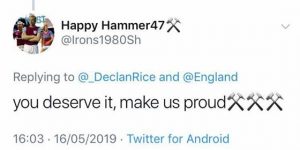