Turkish outlet Sabah reported recently that West Ham United are in the hunt to re-sign midfielder Mohamed Diame when his Newcastle United contract expires this summer. As you can see below, the news hasn’t gone down particularly well with the Hammers faithful. Diame is in the final stages of his career and isn’t the rampaging, box-to-box midfielder that he used to be, particularly during his West Ham days, and so he would appear to be a slightly strange signing on paper. The only thing he has going for him is the fact that he would be joining on a free. There are clearly still some Hammers supporters who are upset about the manner of Diame’s departure, where he appeared to view himself as being too good for the club. With that said, it would be a bit of a surprise for him to return to east London this summer. Certainly it seems as if the team’s fans wouldn’t be very happy with him turning up again. 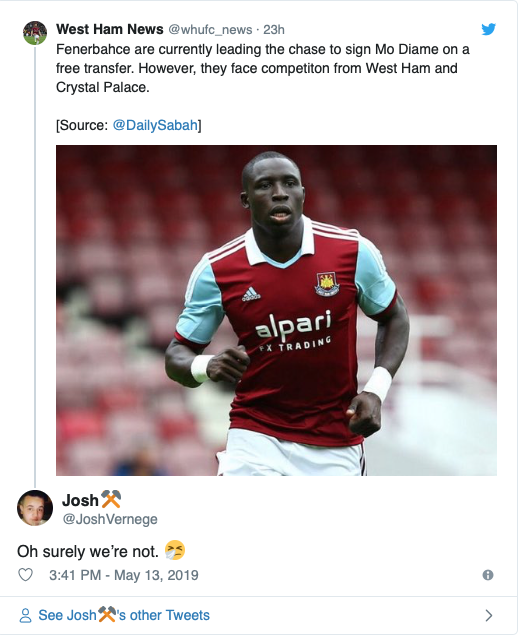 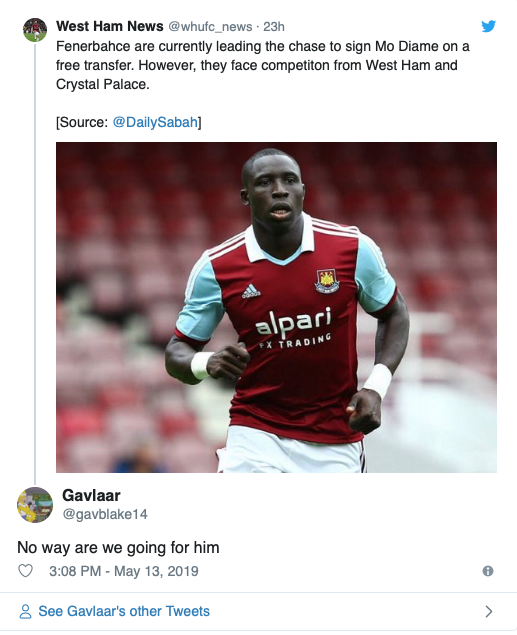 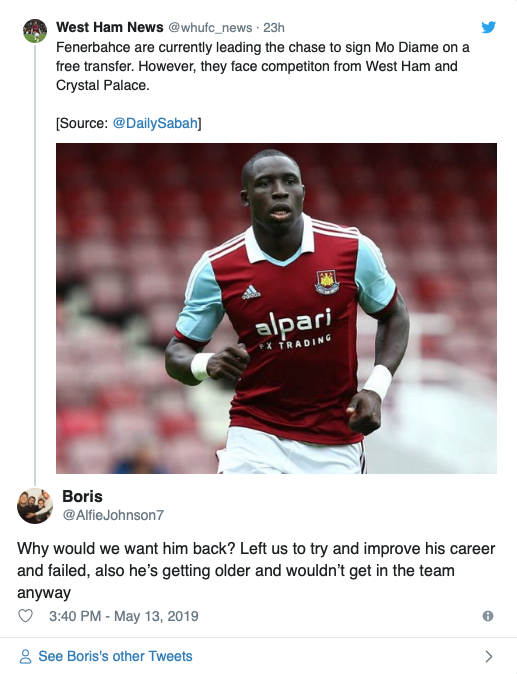 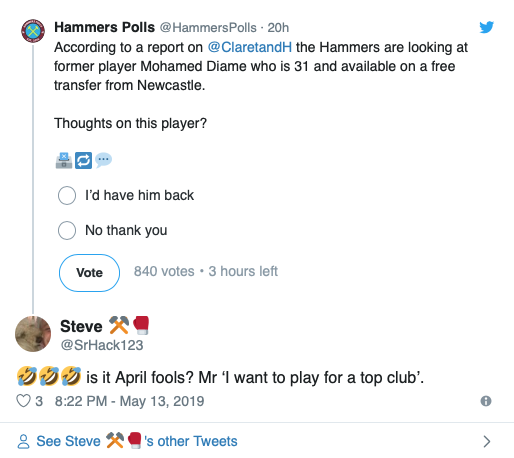 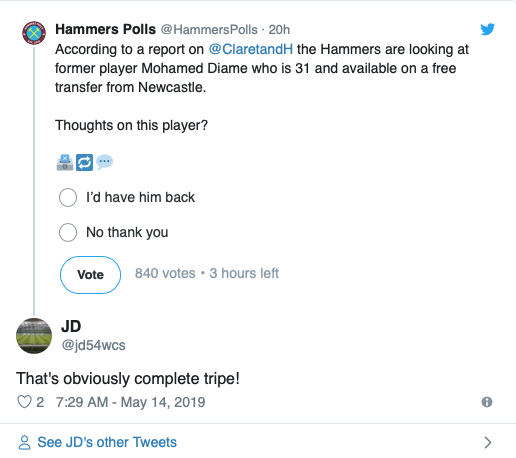 Ok first ridiculous rumour of the summer goes to @ClaretandH 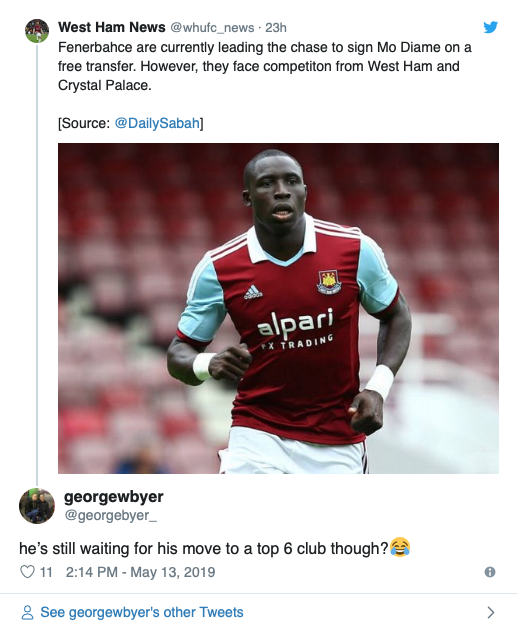