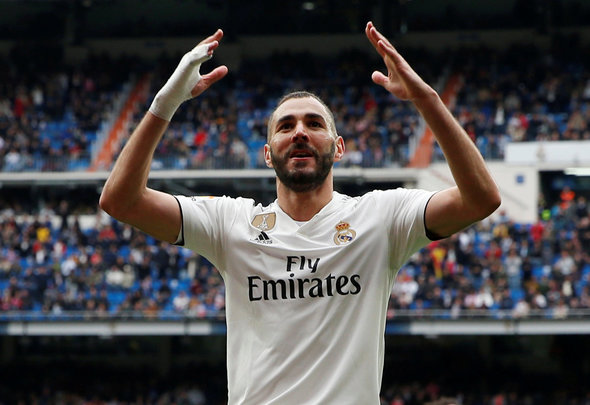 Real Madrid superstar Karim Benzema got every West Ham United supporter excited recently when he posted a photo of himself with the crossed irons emoji in a story on his personal Instagram account. Strangely enough, there is one Hammers fan convinced that the Frenchman is too old for them. The 31-year-old just scored 30 goals and grabbed 11 assists for Zinedine Zidane’s side this season, for goodness sake! The West Ham faithful have, by and large, taken this post for what it is: a random post that likely has nothing to do with the east London club. Benzema may not even know that the Hammers are referred to as the Irons, meaning that he had no clue what he was doing when he selected the emoji. The Frenchman signing for a team like West Ham would be a colossal shock that would reverberate around the footballing world. Unfortunately there’s next to no chance of that happening any time soon.

Guys don't get too excited about clickbait, let's not forget this has happened multiple times followed by let down after let down. I'd love it but I'm not buying in to it. COYI ⚒

Karim Benzema is on his way to London for talks with Manuel Pellegrini & Mario Husilous over a potential move to West Ham? How old is he? What a signing that would be eh! He will have to take a pay cut I guess so right? 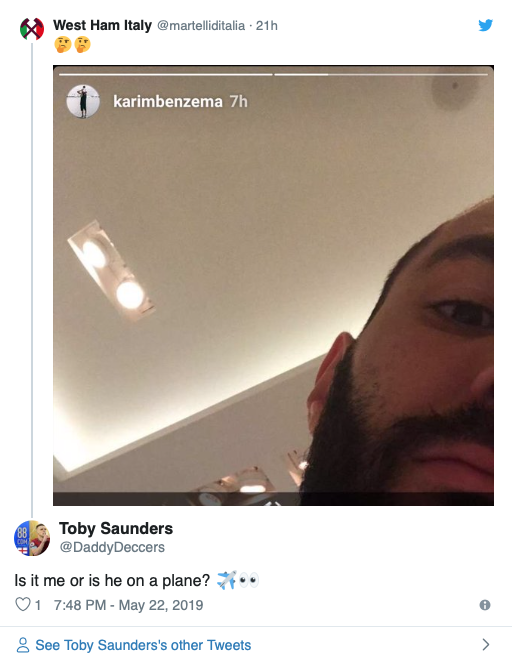 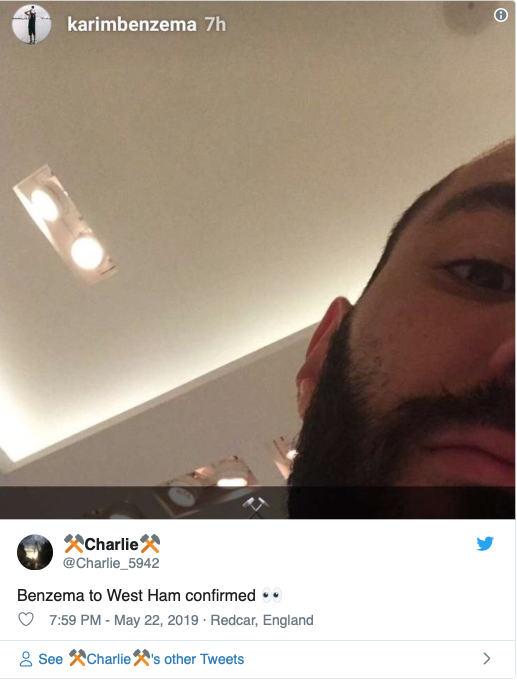 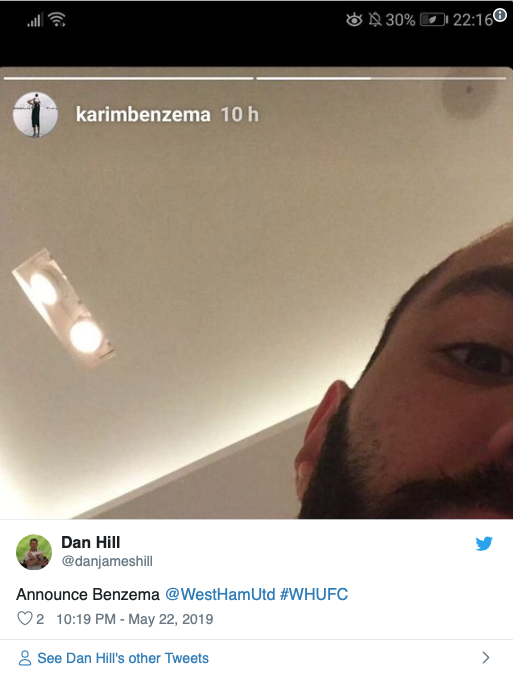 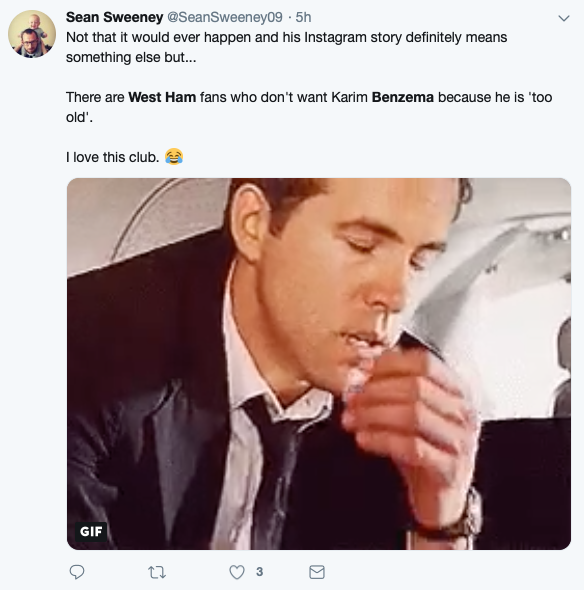 I doubt he’s ever heard of West Ham. 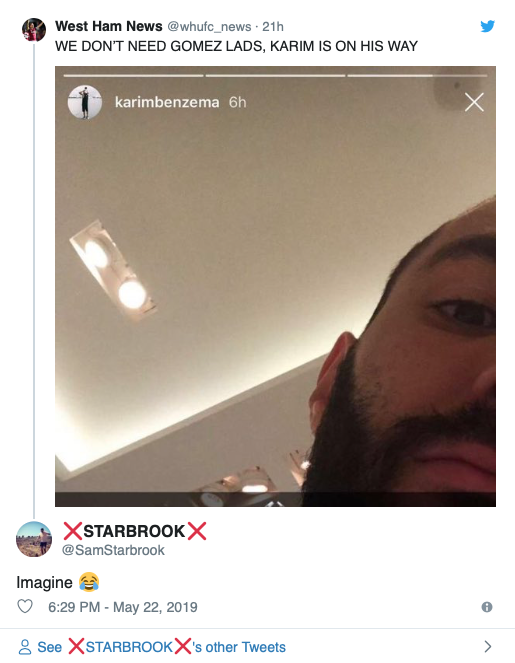