West Ham supporters have taken to Twitter to rightly give praise to midfielder Declan Rice, after the England international won three awards at the club’s 2019 Player of the Season awards. Rice won the acclaim of his fellow team-mates picking up the Players’ Player of the Year award, whilst he also claimed the Individual Performance of the Year award for his outstanding display in West Ham’s win against Arsenal, and finally picked up the Young Hammer of the Year award for the third successive season from departing academy manager Terry Westley. The 20-year-old deserves all the acclaim he has been given this season, after an excellent campaign at the heart of West Ham’s midfield. Manuel Pellegrini has placed his full trust in Rice in his first season in charge and has been rewarded for showing faith in youth, with the England international now a crucial part of the Chilean’s first team line-up. 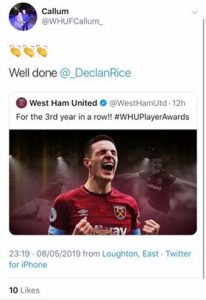 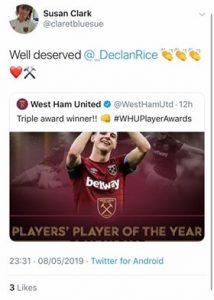 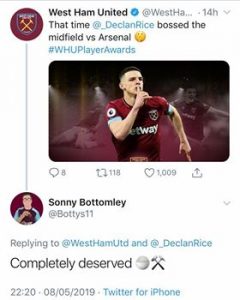 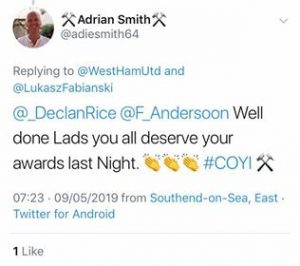 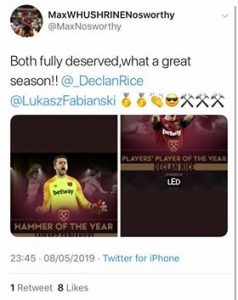 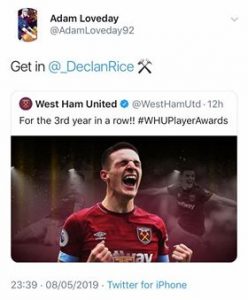 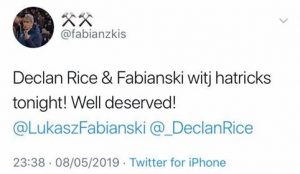