West Ham United announced on their official website on Friday that they had completed their first signing of the summer, with experienced goalkeeper Roberto set to join from Espanyol when his contract expires at the end of June. There’s no getting around the fact that the 33-year-old is joining to serve as the number two behind Lukasz Fabianski. The Poland international was the Hammer of the Year and deservedly so after enjoying a phenomenal debut season in east London. Roberto is highly unlikely to unseat the former Swansea City man as first choice, but he will provide experienced cover behind him. Despite that, the club’s fans are clearly not very happy with the signing. They seem bemused more than anything, confused as to who Roberto actually is. There are others who don’t agree with the decision to let Adrian depart only to bring in an arguably worse ‘keeper in his compatriot. Still, it’s best to give Roberto a chance before condemning him. 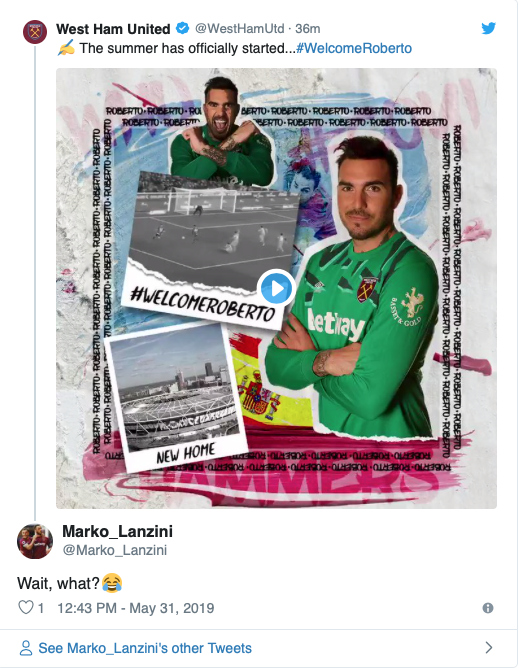 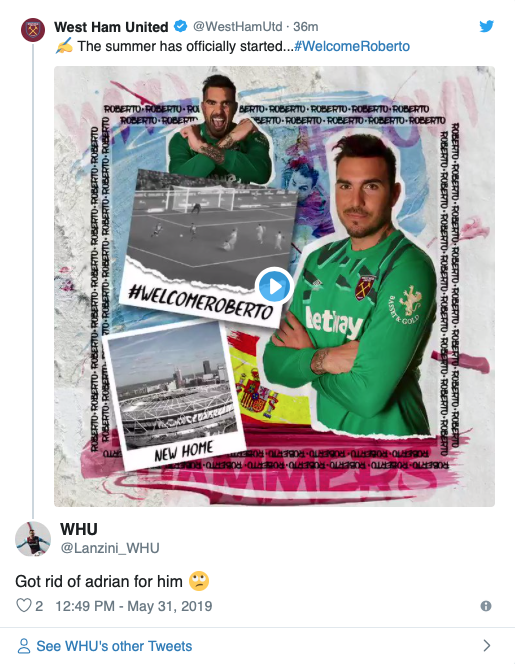 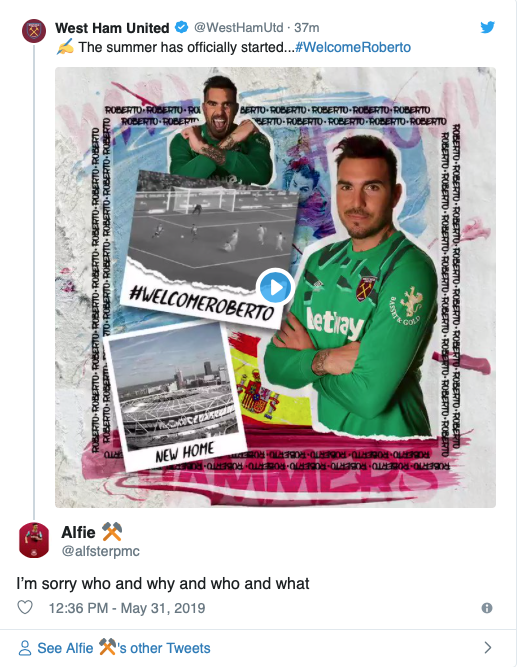 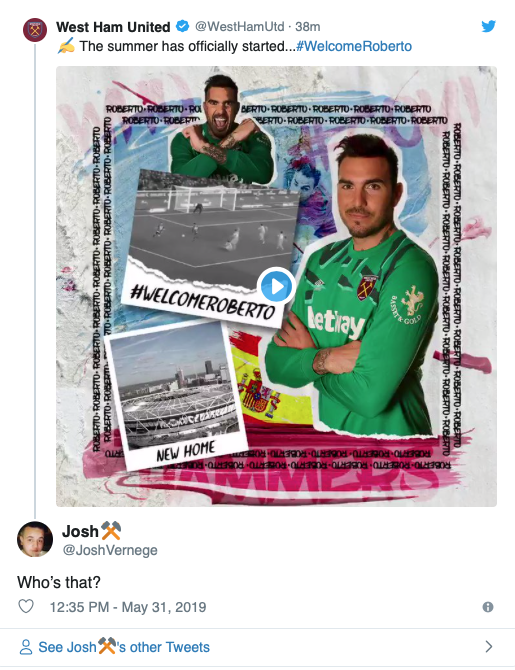 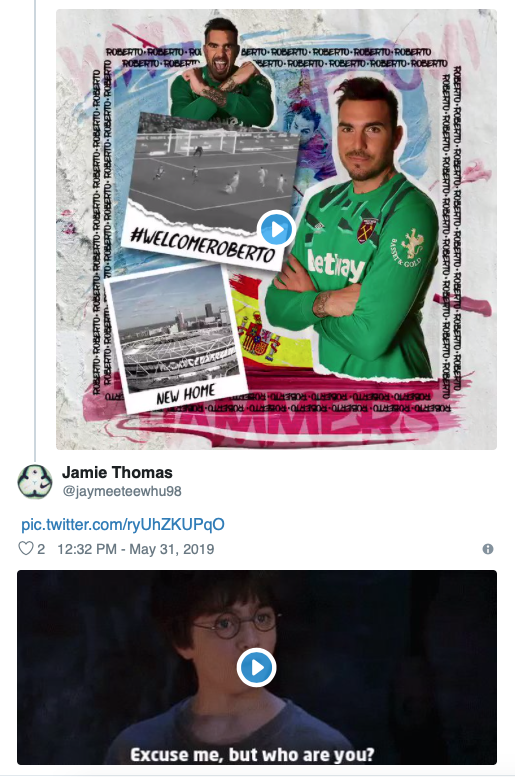 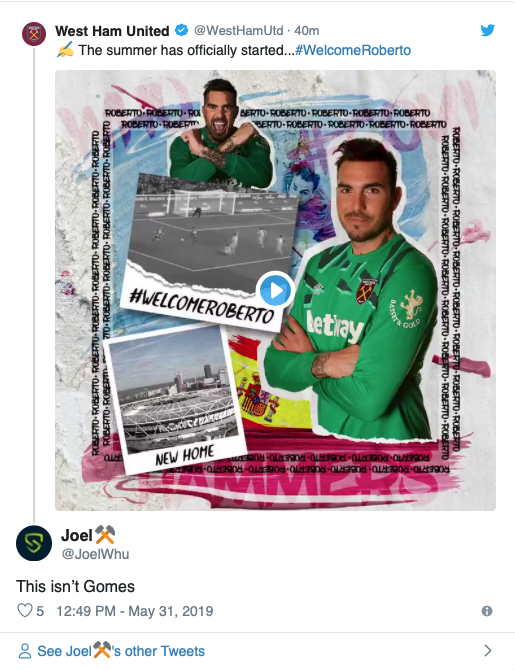