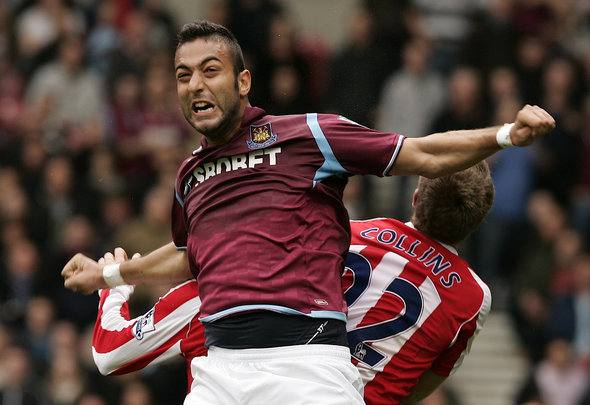 Former West Ham United attacker Mido has admitted to being the Premier League’s lowest-paid player while with the Hammers.

The charismatic Egyptian joined the east London side on a four-month loan in 2010, and has now revealed the truth about the contract he was on while at Upton Park.

“It is true,” he told talkSPORT when quizzed on his rumoured £1000-per-week contract by Alan Brazil. “I wanted to come back to the Premier League, I was playing in Egypt, but I had a massive bonus. It was like a deal – pay-as-you-play – but my basic salary wasn’t the issue.

“I remember that Karren Brady was there. I said ‘I will agree on this deal but, please, I don’t want anyone to know anything about it’. She said yes, she shook my hand. Five minutes later, it was on Sky. Honestly, I was just at the car park and everyone knew about it.” 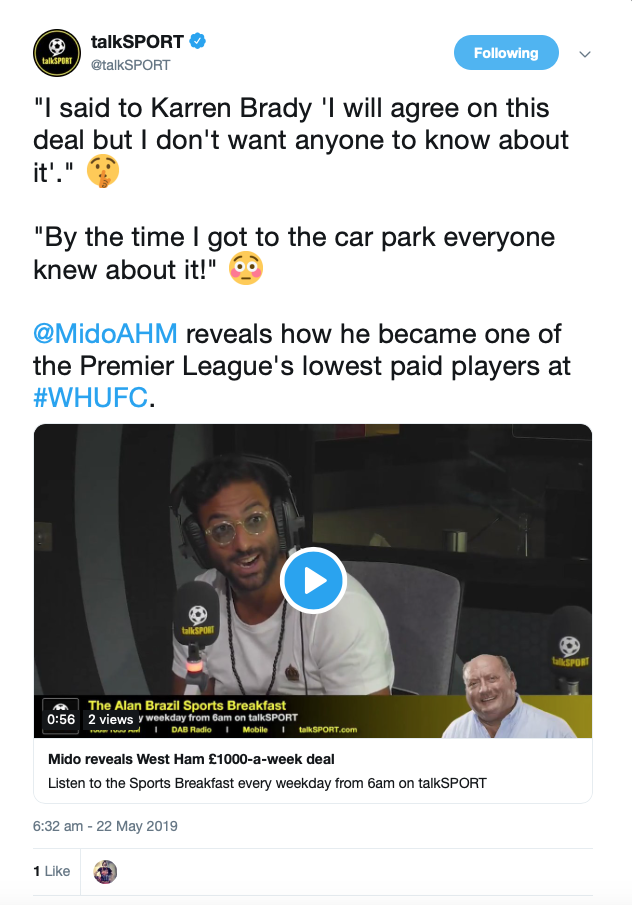 This is a funny story from Mido, there’s no doubt about it. His desire to return to the Premier League and prove himself once again is commendable, of course, although it didn’t quite work out that way for him. The West Ham faithful may feel that, despite being the lowest-paid player in the top flight, he was overpaid considering that he never scored for the club. He didn’t really deliver on the pitch so the club and the supporters will be happy that they weren’t paying him loads of money, although he claims he received a big bonus. Brady obviously told Mido whatever he wanted to get the deal over the line and then, if you believe what he says, immediately leaked the news to Sky. That may not have been her doing, of course, but it’s funny that immediately after assuring the Egyptian that no word of the deal would get out, it was all over the biggest sports broadcaster in the country.