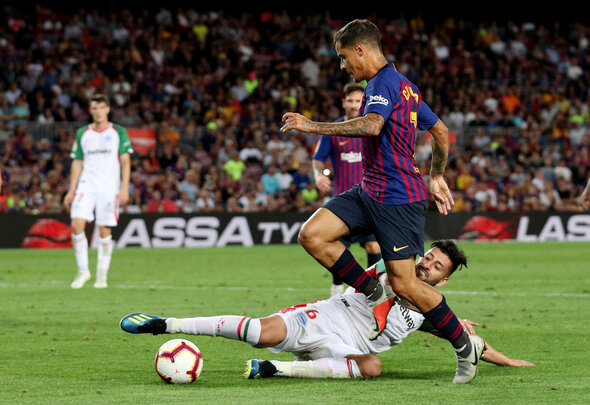 The transfer window can be a mixed bag for football fans.

From the moment the Premier League trophy is lifted, the rumour mill begins to grind its gears once again, and deluge speculation seems to be spat out for as far as the eye can see.

Some rumours are laughed out of the place before they even have time to settle, but others just seem to rumble on and on.

The Hammers have been mooted as a possible destination for the defender for a while now, as reported by the Daily Mail, and the rumours show no sign of stopping.

And fuel will surely have been poured onto the fire after the latest comments from the man himself.

Speaking to Goal Espana, as quoted by Football.London, he said: “Since I was little, I always liked the Premier League.

“It’s a great challenge on a personal level. It’s my second season in Europe, I feel very good in Spain, but I would like to go to the Premier League.

This should have West Ham on red alert. Maripan isn’t exactly issuing a come and get me plea by any means, but he’s certainly leaving the door ajar for the Hammers to try their luck with an approach.

The 6’3″ colossus [Transfermarkt] has enjoyed a stellar season with La Liga side Alaves, and with a major international tournament coming up, there is every chance that he could be on a very steep trajectory to becoming a heavily sought after talent.

The Irons already have two promising central defenders in Issa Diop and Fabian Balbuena, but another one wouldn’t do any harm at all, and if they can land a knockout blow early on this summer, they could make one of the killings of the window.