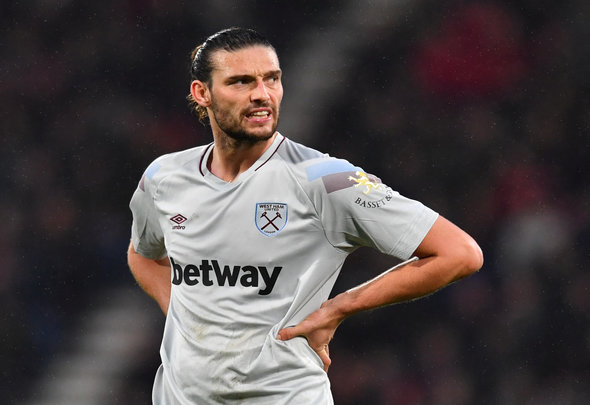 Former West Ham forward Carlton Cole has taken to social media to send an emotional message to Andy Carroll following the news he is to be released at the end of his contract.

It was announced by West Ham’s official website on Wednesday that Andy Carroll, along with Adrian, Samir Nasri and Toni Martinez, will be released from the club once his contract is up in June.

Cole was quick to show his appreciation for the Hammers’ attacker, who has made 142 senior appearances for West Ham since his arrival from Liverpool back in 2013, by sharing some of his favourite memories. 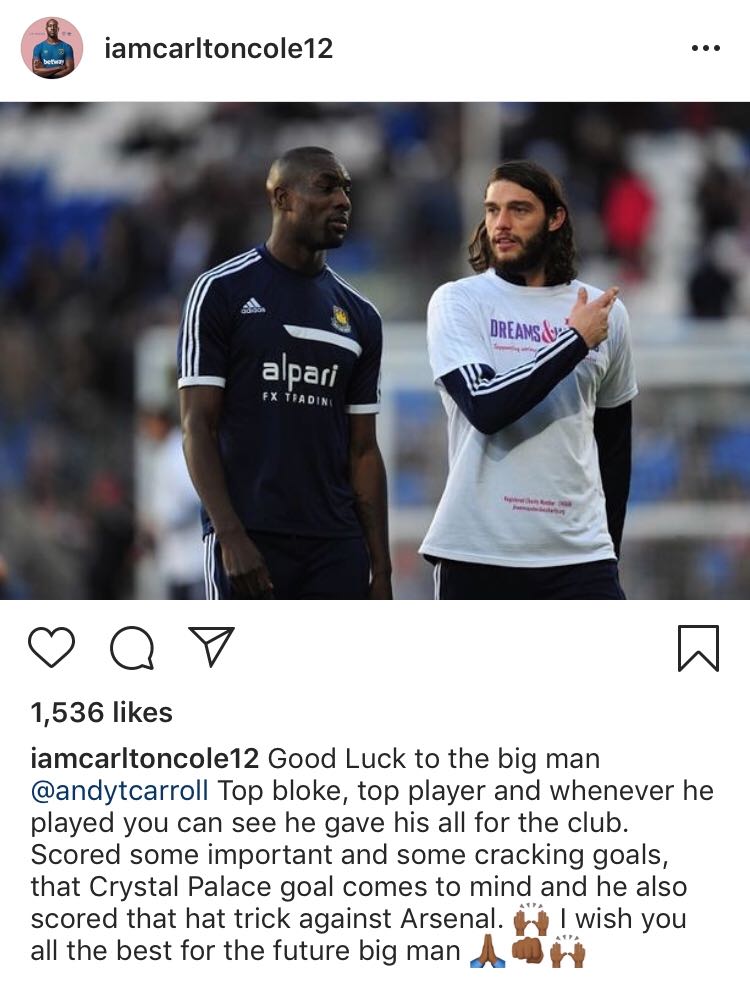 The former Hammer posted a photo from his personal Instagram account, captioned: “Good Luck to the big man @andytcarroll Top bloke, top player and whenever he played you can see he gave his all for the club,

“Scored some important and some cracking goals, that Crystal Palace goal comes to mind and he also scored that hat trick against Arsenal,

“I wish you all the best for the future big man.”

Cole has often been the one to show his appreciation for Hammers’ players over the years, and nothing has changed here with the news that Carroll will be leaving the club at the end of June when his contract expires. Carroll has been a good servant to the club, but hasn’t really found it easy this season under Manuel Pellegrini, featuring only 14 times in all competitions for the Hammers this season. However, it seems that the attacker will be moving on to the next stage in his footballing career in the coming months, and he will no doubt be remembered fondly by lots of West Ham fans, after creating some brilliant moments in a claret and blue shirt. Carroll will no doubt find another club to continue playing his football with, and at 30-year of age you’d think that he’ll be considering retiring soon after a career which has been undoubtedly plagued with continues spells on the sidelines through injury.